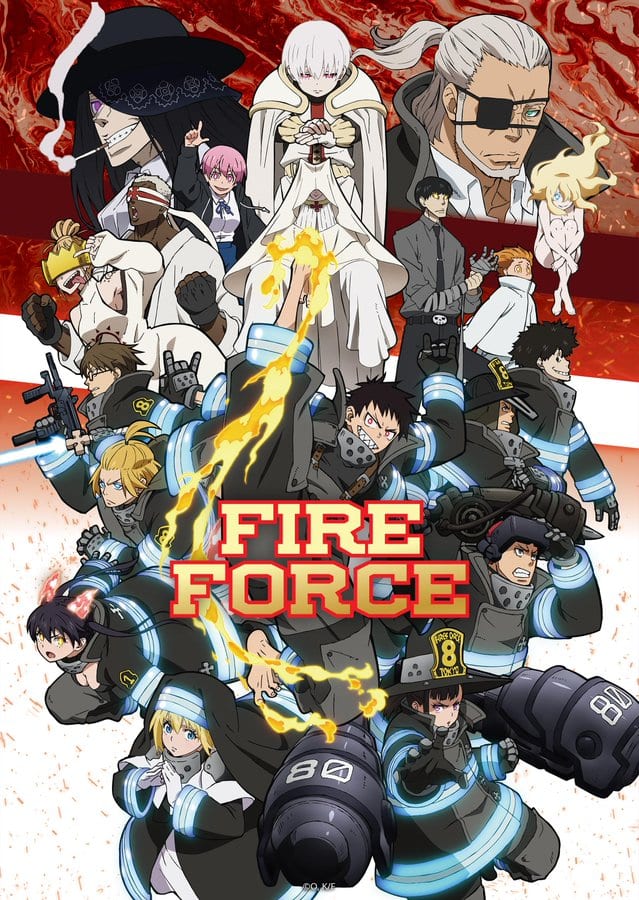 The official website of Fire Force anime released a new Promotional video and a key visual confirming the July 2020 release for season 2 of the anime. The broadcast date of the anime will be announced soon of the official website. The season will be streamed simultaneously on Crunchyroll and Funimation.

The first season of the anime which consisted of 24 episodes aired from between July 2019 and December 2019. The second season is too expected to have 24 episodes in it.

The anime’s opening theme song ‘Spark Again’ is rendered by Aimer. The PV also announced the details of the cast from Fire force Season 2.

Season 2 of the anime will be directed by Tatsumi Minakawa, replacing Yuki Yase who directed the previous season of the anime. Minakawa is not entirely new to the Fire force series as he helmed episode 12 from Season 1 of the anime.

Fire Force is based on the manga created by Atsushi Okubo (who also wrote Soul Eater). It is published by Kodansha and has been serialized in the Weekly Shōnen Magazine since September 23, 2015, with the chapters collected into twenty-three tankōbon volumes as of May 2020.

Kodansha describes the plot of the series as follows:

“Terror has paralyzed the clockwork metropolis of Tokyo! Possessed by demons, people have begun to burst into flame, leading to the establishment of a special firefighting team: the Fire Force, ready to roll on a moment’s notice to fight spontaneous combustion anywhere it might break out. The team is about to get a very unique addition: Shinra, a boy who possesses the unique power to run at the speed of a rocket, leaving behind the famous “devil’s footprints” (and destroying his shoes in the process). Can the Fire Force discover the source of this strange phenomenon and put a stop to it? Or will the city burn to ashes first? “