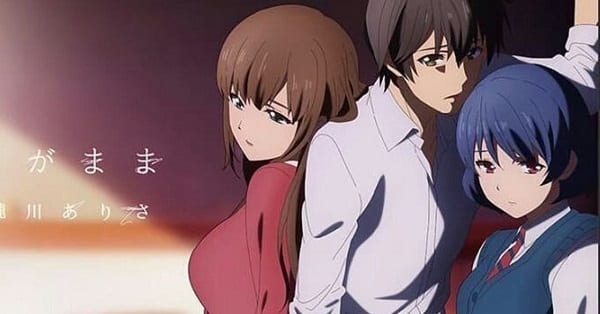 The opening theme song for the anime Domestic Kanojo has reached 100 million+ views on YouTube. The name of the theme song is “Crying For Rain”. Japanese singer Minami shared the song celebrating the milestone. The song is available on her official YouTube channel.

Anime Corner describes the anime as:

Natsuo is a high school boy who is experiencing the crushing despair of unrequited love. To make matters worse, the person he is in love with is his teacher, Hina. In an attempt to lift his spirits, he attends a mixer where he meets a girl named Rui. The two sleep together, expecting never to see one another again, but fate has other plans. His life suddenly becomes more complicated when his father comes home and announces he has remarried a woman with two daughters whom Natsuo has met before: Hina and Rui!