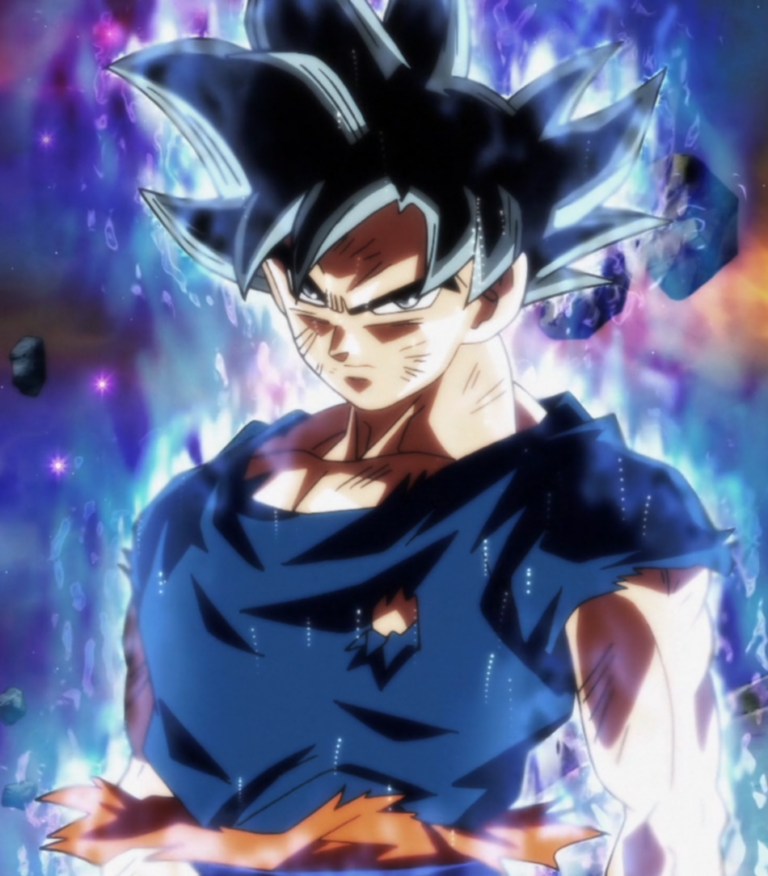 In the last chapter of DBS, we saw Moro merged with the entire planet and was set to go kaboom at any time, destroying the galaxy in the process. Moro is now absorbing energy from everyone on the planet and getting more and more powerful, where he grows more arms.

Goku tries his best to hold off Moro’s hits but he’s losing his energy with every contact and time is running out. Beerus, with the attachment he has on Earth and its delicious food in mind, finally decides to help our Saiyan hero defeat the overgrown monster. As he was about to join the action, Whis gets a call from his father, the Grand Priest, asking Beerus to meet him in the place where the Grand Zeno resides.

Whis explains the aforementioned summons involves Meerus and his violation of Angel law. Beerus gets paranoid and tells Whis that they must go there immediately. Suddenly, the fate of the Earth and its wholesome food doesn’t matter to him anymore. Will this new development spark a new arc in the series?

Whis, being compassionate on the Earthlings, tells Goku the only way to defeat Moro, before he leaves with Beerus to meet the Grand Priest. Normally, Whis does not blurt out the solution to rectify the dangers Goku and his friends face. But by seeing the dire situation and the entire fate of the Galaxy hangs on the balance (along with his attachment to Earth’s food), he shows compassion on his student. Whis explains that the only way to defeat Moro now is to destroy the crystal on his forehead once again, thereby releasing Meerus’s power.

We can see that Whis easily blocks Moro’s punch with a single finger. This just shows how much powerful Whis is compared to the Z warriors Goku and Vegeta have long way to go before they even come close to reaching the level of the strongest people in the entire multiverse.

Whis and Beerus leave as Goku struggles to tackle his opponent. Moro gets bigger and bigger as he absorbs more energy from the Earth and its inhabitants.

As predicted in the review article of the previous chapter, Vegeta intervenes to use his technique “Forced Spirit Fission”. Although he doesn’t have enough energy to fully separate Moro and the planet altogether, he’s managing to deflate the body of Moro by separating the spirit energy from Moro.

We see Goku ripping off Moro’s arms by piercing through them. This kind of reminds me of Kid Goku piercing through King Piccolo’s body. Goku’s out of steam and he needs help from the others to transfer their energy to him, as he’s caught in the giant monster’s clutches, just like he asked them to transfer power to him to defeat Broly in the non-canon movie “The Legendary Super Saiyan”. But it seems that there’s little much only ordinary ki can do…

Although so far, we’ve seen Jaco being not of much use at times, but here, he’s struck with a brilliant idea. He recalls the ability of Majin Buu to switch places with the Grand Supreme Kai (Dai Kaiōshin) (Which was shown in DBS Chapter 48) and goes to Kami’s lookout to contact him.

While the others are shown to lose hope and contemplating death (Yamcha would always die a bachelor probably), a big ball of energy, divine energy, moves towards Goku.

Tying back into the first conflict of the arc, the Grand Supreme Kai heads to Uub’s village and gets him to send a massive ball of godly power to Goku. It’s confirmed that Uub was born with the godly power inherited from Grand Supreme Kai after getting absorbed by Majin Buu, as explained by Dende. Is this the beginning of Uub’s major involvement in the series? Will this intertwine with Dragon Ball Z’s final episode where Goku goes off to train Uub?

As Goku absorbs the giant ball of divine energy, he suddenly transforms into a giant, where his real self is on his forehead. Fans from all over the social media, compares this form to the Susanoo form in Naruto.

However, I would instead, draw a comparison to Sun Wukong’s form as he fights with the Bull Demon King in “Journey to the West”. The form is used in response to another powerful character’s transformation. As we all know, Dragon Ball’s story is heavily inspired by the Journey to the West so it kind of makes sense Goku’s new forms would resemble the forms of the Monkey King who is known for his limitless shape-changing powers, capable of taking the form of anything from gods, monsters, and humans to animals, insects, and even inanimate objects like buildings. Goku’s new form is not yet explained in the chapter but there may be an explanation for it in the future.

As the Z-Warriors watch in aghast and Whis looking back on Earth with a smile on his face, the real form of Goku rips off from forehead of his gigantic form and successfully strikes and shatters Moro’s forehead gem, which contained Meerus’s powers. Moro then breaks apart into pieces and there’s a gigantic volcanic-like explosion afterwards. As the gang rise up from the rubble, they look at the scene, with Goku in the centre, in his normal form, giving a thumbs-up, signaling the job done.

It is confirmed that the next chapter will be the final chapter of the Moro arc. Is the fight really over or will Moro pull a Frieza to try to kill one of the Z-Warriors? (The final panel in which Gohan and Krillin calls out for Goku, with a Goku Thumbs-up does resemble the scenario after Goku launched the Spirit Bomb on Frieza and Gohan and Krillin’s early celebrations)

What was the Mysterious form Goku transformed into? What is the meaning of the summoning up of Beerus and Whis by the Grand Priest? Find out in the next and future chapters of DRAGON BALL SUPER! 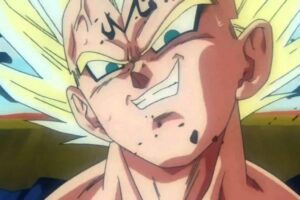 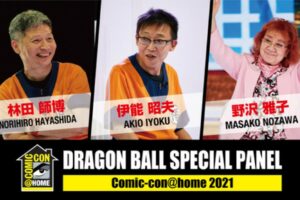 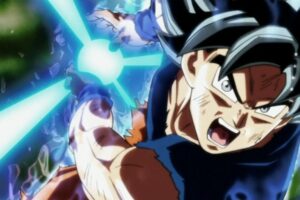 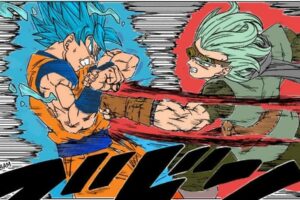 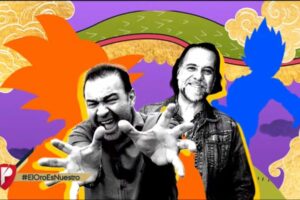