What Was Aogiri Tree In Tokyo Ghoul? Aogiri Tree was an antagonist organisation directly or indirectly involved in most of the major incidents that happened in Tokyo Ghoul. Their name became synonymous with sinister ghouls wearing a cloak and hood. The organisation’s actions directly threatened the peace that was being maintained by the CCG.

With ghouls like Yamori (Jason) and Bin brothers in their ranks, Aogiri Tree had achieved notoriety in the eyes of investigators. They saw the doves and the CCG as their enemies, with most of their actions aimed at eradicating them or freeing the ghouls captured by them. They continued to be a thorn in the CCG’s side till they were utterly defeated in the Rushima Landing Operation. Even though the Aogiri Tree was prominent throughout Tokyo Ghoul, it was an organisation that was shrouded in mystery.

Contents hide
What exactly was the Aogiri Tree?
Origins of Aogiri Tree:
Rushima Landing Operation and fall of Aogiri:

What exactly was the Aogiri Tree?

Aogiri Tree was a ghoul organisation founded by Eto Yoshimura that was actively involved in opposing the CCG. They were labelled a terrorist organisation due to their unique brand of violent activism.

Aogiri Tree claimed that they wanted to build a better world for the ghouls. This ideology coupled with their actions, attracted a lot of like-minded ghouls to their cause. During its peak of powers, Aogiri had a presence in most of the wards. The 11th ward especially was their stronghold till the battle with CCG there. They were also notoriously famous in the 18th ward and even the 24th ward at a time.

While Eto was the leader of the organisation, she was only active from the shadows. To the people and the CCG, the mysterious One-Eyed King was the person who led the Aogiri Tree. Many even believed that the one-eyed owl (Eto) was the one eyed king. But Arima was later revealed to be the one pulling the strings for the Aogiri.

Tatara and Noro were direct subordinates of the king, with the former acting as the operational head, giving out orders to the members and staying active in the picture. There were many executives who served under Tatara. Yamori, Ayato and Bin Brothers were examples of such ghouls. These executives had their own forces and were responsible for much of the daily managing of the organization, including overseeing operations.

Aogiri Tree was formed in the 24th ward by Eto, 13 years prior to the incidents happening in Tokyo Ghoul. In the past, she had led a small band of ghouls in a raid against the CCG. Most of her subordinates were either killed or defeated in that battle. A young Shinohara even cut Eto’s arms.

Sometime later she would encounter Arima and reveal to him how she wanted to push the world into chaos and give it a factory reset. Arima came to understand Eto’s warped viewpoint. Eto would then go on to form the Aogiri Tree. This was in accordance with Eto and Arima’s plan to find a person to take up the mantle of One-Eyed King.

Though Eto claimed that the Aogiri Tree existed to make the world a better place for the ghouls, what she really wanted to do was to expose the CCG and Washuu Family’s dark secrets and their double standards.

After the 11th ward operation and the raid on Cochlea, Aogiri’s status as a terrorist ghoul organisation grew considerably. The fall of Anteiku and the Owl’s repeated public appearance made them even more infamous. Aogiri were also constantly recruiting new members and were at their peak during this time. The influence wielded by the Aogiri pressurized ghouls to a certain extent to join hands with them and take part in their anti- CCG activities.

Their growth pushed the CCG to recognize the Aogiri Tree as a high level threat. Rushima Landing operation was conceived by investigators with the intention of wiping out the whole of Aogiri.

In the operation, CCG forces led by four seasoned squads (including the Quinx squad) attacked the Aogiri’s main base in Rushima Island. This operation wiped out 98% of the Aogiri’s forces. Some prominent members however survived. They later joined up with a new organisation called GOAT which was formed by Ken Kaneki after he assumed the title of the One-Eyed King. 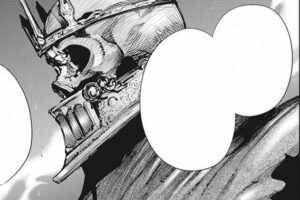 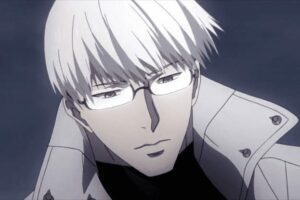