Warlords Of Sigrdrifa To Start Airing From Oct. 3 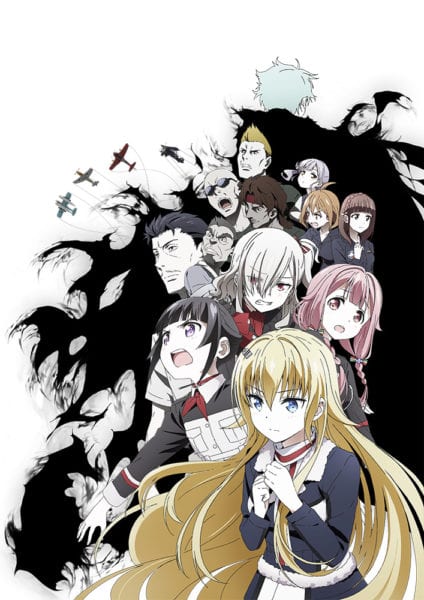 The official website of Warlords of Sigrdrifa revealed that the anime will start airing from October 3. The anime will premiere with a 1 hour long special episode. A new visual and PV was released for the anime to commemorate the news.

The anime will air on Tokyo MX, BS11 and other channels from October 3 at the 23:30 time slot.

Additional cast too were revealed for the anime;

According to ANN the plot of Warlords of Sigrdrifa is as follows;

One day, “Pillars” appeared on earth and became a threat to all life. The sudden appearance of a god called Odin was the only reason humanity survived. His method of fighting the Pillars was to grant flight via mechanical “hero wings” to chosen beautiful young girls called Valkyries. After many years, humanity’s battle against the Pillars continues in the sky, with women fighting in their battle wings with men as their support staff. Japan is no exception, and when a Pillar appears on Mt. Fuji, three Valkyries confront it. They are joined by an ace pilot from Europe to continue the counterattack as Ragnarok grows ever closer.