Two major incidents happened in Boruto:Naruto Next Generations manga chapter 47. First, Isshiki Otsutsuki resurrects completely in Jigen’s body and second, the real identity of Kashin Koji is revealed. Kashin Koji‘s mask has finally broken to reveal the face underneath! Ever since Kashin Koji made an appearance as an assassin belonging to the mysterious group … 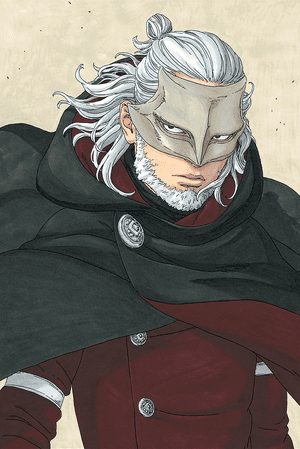 Kashin Koji‘s mask has finally broken to reveal the face underneath!

Ever since Kashin Koji made an appearance as an assassin belonging to the mysterious group Kara, the internet has been brimming with theories speculating about the true identity of the masked man. Pointing out all the similarities, fans had come to the conclusion that he might have been a character who appeared in the prequel series, Naruto. And it looks like the assumptions and speculations did not go to waste. Kashin Koji indeed is someone who fans of Naruto have previously encountered.

Boruto Chapter 47 reveals that Kashin Koji is the clone of Jiraiya, a legendary Sannin of Konohagakure. This information is given to the readers by Isshiki Otsutsuki, who somehow seems to know about Kashin’s real identity.

The reveal has been coming for sometime. The past couple of chapters made it very clear to the fans that the masked assassin Kashin Koji was related to everyone’s favourite Ero-Sennin. With fighting styles that mirrored Jiraiya’s, even Naruto (who is famously called a “dunce” by Sasuke in the latest chapter!) could not ignore the fact that there was something familiar about Kashin Koji.

However, by the time Kashin Koji’s real identity was revealed in the manga, the frog that was transmitting the face-off between Isshiki and Kashin Koji was done for, thus cutting off the live feed that Naruto and the others were watching. So, at this point, though Naruto has a feeling that Kashin Koji is related to Jiraiya, he does not know for sure.

Currently, Jiraiya’s clone is fighting a resurrected Isshiki Otsutsuki at the Kara headquarters. From what we saw in the latest chapter, Kashin Koji most likely won’t survive this fight. The reincarnated Otsutsuki pushed Koji into a corner and coldly told him that his death was predestined!

How would Naruto react to losing the pervy sage for a second time? Even if he is just a clone, Naruto certainly would not allow Isshiki to kill him. Jiraiya was Naruto’s godfather, mentor, and close friend. According to us, if Naruto is able to connect the dots, he will for sure want to enter the fight against Isshiki Otsutsuki.

The Kashin Koji identity reveal also managed to raise questions on how Amado was able to getJiraiya’s cells for producing his clone. And if he indeed is Jiraiya’s clone, does he have any similar traits or memories of the real Jiraiya? Could Orochimaru be somehow involved in this (again something that Boruto & Naruto fans have been speculating)

What are your opinions about Kashin Koji being a clone of the legendary Jiraiya sensei? Let us known in the comments section!