Skip to content
Home » Series » Naruto » What If Orochimaru Chose Naruto Instead Of Sasuke?
Naruto

What If Orochimaru Chose Naruto Instead Of Sasuke? 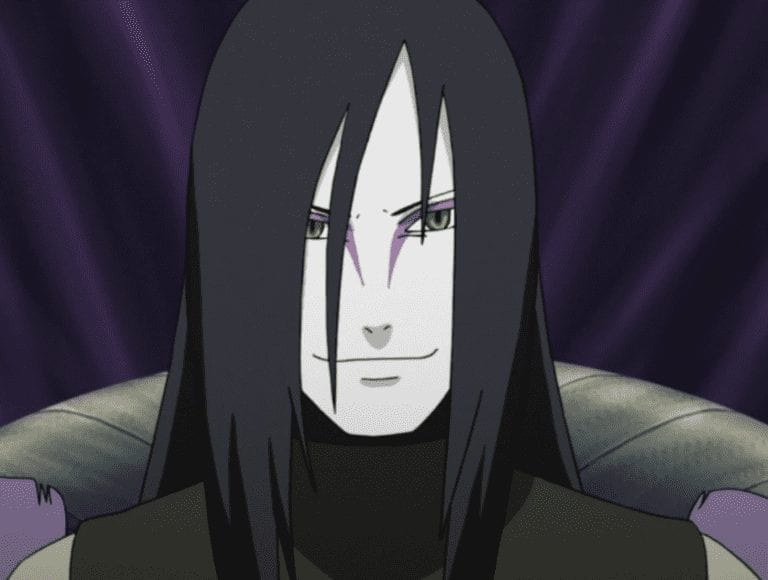 Naruto as a series has gained massive popularity over the past decade or so and still continues to influence fans years after it ended airing. Even fans who are new to the anime are easily jumping onto the Naruto bandwagon without much of an ado.

Considered as one of the Big 3 Anime series along with Bleach and One Piece, Naruto is a huge part of the current pop culture, with its merchandise selling globally. The fame is also partly also due to the discussions, speculations and fan theories that still surround the Ninja based anime.

One such fan theory is What if Naruto was the one Orochimaru wanted during the chunin exams?

It definitely sounds interesting. It leaves us with so many questions such as how would his friends have reacted and how would Naruto himself have reacted?  How would Orochimaru control Naruto and ultimately Kyubi? How would the Chunin Exam Finals go, etc. etc.

Long answer short, Naruto would have succumbed to the curse mark and Orochimaru would have emerged victorious by the end of the series. Triggered by the answer? Read more to find out why we believe it.

Why would Orochimaru want Naruto?

Before learning why Orochimaru would want Naruto, let us understand first why he went after Sasuke’s body. It is very simple actually he wanted Sasuke only for his sharingan and the body which can handle it. When Itachi bossed Orochimaru in their battle with just a glance Orochimaru was practically smitten by the Sharingan and its ocular prowess. Knowing that he cannot beat Itachi at any given point of time because you know, IT IS GODDAMN ITACHI THAT’S WHY!!

Which leaves us to question why Itachi admitted that he can’t beat Jiraiya whom Orochimaru almost killed during the Legendary Sannin Lockout battle when Jiraiya and Naruto went to get Tsunade to become Hokage, but that’s a topic for another time.

So Orochimaru thought that since he can’t beat Itachi he would settle for his younger brother who wasn’t even remotely as powerful as Itachi but had the potential to become stronger than him. That’s one of the primary reasons why he wanted Sasuke, but when we look at the situation here, if Orochimaru would have gone for Naruto instead it would have been much more beneficial to him. Here’s why.

Well, Naruto though dumb during school and a master prankster who deperately tried to get attention from everyone around him, he had some pretty strong traits that would have suited Orochimaru.

Naruto was the son of the Fourth Hokage Minato Namikaze and Kushina Uzumaki. Both of his parents were elite Ninja and Naruto did eventually inherit some of their traits such as massive chakra reserves, genius level intellect when fighting(he did display his intellect in fights at later stages) if trained well, indomitable will, abilities to learn Uzumaki Clan’s Hidden Jutsus and physical traits on par of any Uzumaki ninjas. We also saw this in the parallel universe of the limited Infinite Tsukuyomi which Obito cast on Naruto and Sakura in the Road To Ninja Movie where we saw how Powerful Naruto’s alter ego Menma was.

So from a physical and skillset point of view, Naruto and Sasuke were on par, but that said, one could argue that Sharingan is more desirable than the jutsus of Uzumaki and Namikaze clan.

Coming to personalities, both Naruto and Sasuke harbored deep hatred in their minds. While Sasuke hated his elder brother Itachi for killing the Uchiha clan, Naruto hated the villagers for always singling him out (since he was a jinchuriki). Naruto’s hatred for the villagers existed deep down in his heart till he faced and overcame it under the waterfall of Truth on Turtle Island in Naruto Shippuden.

The hatred in a young Naruto would have been one of the easiest factors for Orochimaru to exploit and make him turn over. If Orochimaru had bestowed his curse mark on Naruto, the hatred in him would have accentuated. Also, Orochimaru could have revealed the truth about his parentage to Naruto and portray Konoha in bad light for failing to protect him and his parents along with his family on his mother’s side.

At this point, his hatred would have been hard to control and certainly would have tipped the scales to make him choose the path of a rogue nin. Also Sasuke wouldn’t care if Naruto were to be rogue nin, unlike how Naruto tried his best to pursue him out of it.

There might be people who argue that Naruto would have overcome his hatred, that he wouldn’t do anything to harm the village he dreamt being the hokage of or that he was too pure to be corrupted by Orochimaru. However, if Orochimaru had properly handled the reveal about his parents (like Obito did with Sasuke), then there wasn’t much of a chance for Naruto to turn back. We also need to remember that this is not a teen Naruto that we are discussing about, but instead a younger Naruto, who still would jump to conclusions without much of thought.

Also the Nine Tails in Naruto would too feed on the hate in him, increasing it to a point of no coming back.

But Naruto did not have a Sharingan, so why him?

What if Naruto did not have the Sharingan. Orochimaru knew that Naruto was Kyuubi no Jinchuriki. He could have trained Naruto to access Kyuubi’s chakra using Forbidden Jutsu or Created a New Jutsu to Do so which was not much of a difficult task for the likes of a legendary Sannin like him. Even if Naruto failed to do so, he could have helped his friends in Akatsuki to gain control over Kyuubi without much difficulty. But then Kyuubi in Naruto could also have acted as a deterrent in Orochimaru possessing Naruto’s body.

Naruto’s Uzumaki lineage, just like His mother Naruto carried immense amounts of Chakra and on top of it he had a giant beast made of Pure Chakra inside him. Since Orochimaru wants Sasuke’s sharingan in the real plot he could have just killed Sasuke and given it to Naruto after persuading him a little with revenge or just simply forced him to or if he couldn’t get back in Konoha to get Sasuke he could have asked his old friend Danzo for whom Orochimaru was already making a customised Sharingan Loaded Arm as a payment for his work.

With his newly gained Sharingan, immense levels of chakra, Uzumaki lineage, Fighting genius, unpredictability, Curse Mark, Sage training from Orochimaru and Kyuubi already inside him, Naruto could have easily become the most Overpowered non God-ly being in the Naruto-verse. Such a person cannot be stopped by any means possible. Naruto would have become a Literal God without Sage Chakra from Rikudou Sennin.

In later stages Naruto might have shown signs of weakness and loss of eyesight due to excess use of Sharingan like Kakashi but with Kyuubi chakra and its healing nature Naruto could have endured that and could have used his sharingan for a longer period of time. Also, this version of Naruto hasn’t awakened Ashura Chakra yet so if at all he finds a way to activate that chakra He would Be God to them all.

These reasons would have been enough for Orochimaru to take on Naruto and train him to be his vessel.

Would Konoha send ninjas to bring Naruto back?

Of course Konoha would have sent people to bring Naruto back but with Orochimaru, Kabuto, Sound Nin and Naruto together,it would have been impossible to stop them. Also consider this, part of the reason why Konoha continued their efforts to bring back Sasuke and Sasuke himself changing his ways in the end was majorly, if not entirely, attributed to Naruto. If Naruto himself had strayed on to the wrong path, there was no way Sasuke or the others would have tried super hard to bring him back.

Sure, Iruka would have tried to stop him, but Naruto with his hatred accentuated by the effects of Curse Mark would still have chosen to side with Orochimaru and be a rogue nin. Remember this, the villains in Naruto are just as believable and relatable as the heroes in the series. The only difference is the way they set out to achieve their goals.

Throughout this blog we have decided to ignore Itachi countering Naruto at some point in the series. In case Naruto had gone over to Orochimaru’s side, would Itachi have been able to stop him? Maybe yes, maybe no. We’d need to speculate even more and add a lot of tinfoil scenarios over the current ones in order to deduce an outcome. However, we might still try to come up with a fun theory for that too in the future.

With Naruto under his influence and tutelage Orochimaru would have destroyed Konoha again or become the next perfect jinchuriki after Killer B after taking Naruto’s body.

So if Orochimaru could have given it a little thought instead of Fangirling over Itachi and his Sharingan he could have become the Master to the most powerful being in the World, if this Evil Naruto wouldn’t kill him at a whim.

1 thought on “What If Orochimaru Chose Naruto Instead Of Sasuke?”