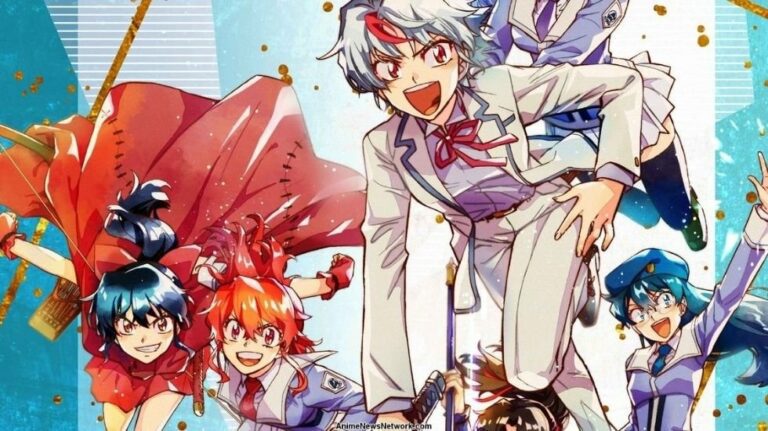 After the successful delivery of the sequel anime Yashahime: Princess Half-Demon, a manga adaptation of the TV anime is confirmed to be drawn by Takashi Shiina (Ghost Sweeper Mikami, Zettai Karen Children) for Shogakukan’s Shonen Sunday S manga magazine on August 20. To celebrate this opportunity, Shiina posted an illustration on Twitter, yesterday, paying tribute to some of Rumiko Takahashi’s other famous works.

The artwork (above) features Shiina’s take on Rinne Rokudo from RIN-NE, Lum Invader from Urusei Yatsura, Inuyasha from Inuyasha, Ranma Saotome (Girl-type) from Ranma 1/2, and Kyoko Otonashi from Maison Ikkoku.

People overseas gave a positive response to the first season of the sequel following the story of Towa Higurashi and Setsuna, Sesshomaru and Rin’s twin daughters, and Moroha, Inuyasha and Kagome Higurashi’s teenage daughter. According to a previous tweet(below), this growing response gave him the strength to draw a special collaboration illustration featuring the characters from Zettai Karen Children and Yashahime: Princess Half-Demon which also had comments from both authors.

A direct translation of the comments are as follows:

“I’m Takashi Shiina, who asked to do a comicalization after learning it was a project about Inuyasha. Thank you very much. You don’t have to remember my name, so please just buy the manga assuming that Takahashi-sensei herself drew it!”

“I thought it was a joke, but you’re really going to draw it for me, aren’t you? Thank you, Shiina-sensei. What a gorgeous comicalization! I’m really looking forward to seeing Shiina-sensei’s beautiful drawing of Sesshomaru. And I’m waiting for your new work!”

The Yashahime manga will start serialization in the forthcoming November 2021 issue of Shogakukan’s Shonen Sunday S magazine, which will be released in Japan on September 25, 2021.

Yashahime: Half-Demon Princess is a direct sequel to Rumiko Takahashi’s internationally popular manga series Inuyasha. The first season of the anime was aired for 24 episodes from October 2020 to March 2021, and its second season is set to premiere on October 2, 2021.