Saitama, the much loved main protagonist of the anime “One Punch Man,” who is a hero just for fun, defeats his enemies with just one of his famed overpowered punch!!

Apparently he is one of the most powerful being to exist in the series. In a world which is constantly attacked by evil monsters and villains without a moment’s rest, Saitama is the goofy saviour who eventually puts down all the villains with considerable ease. His power levels are beyond comparison and has left fans wondering how he became so strong.

How did Saitama Become so strong?

Considering the premise of the anime, the most plausible reason for this is because…..Yusuke Murata, the creator of the series One Punch Man, wanted him to be insanely strong. (No logic here you know) But then, lets look at the other reasons why he is so overpowered in the anime and try to give a logical (who are we kidding here) explanation for it.

Saitama was this ordinary kid without any special powers who wanted to become a hero. Years later after failing in his regular life as a businessman, looking to find meaning in his life, he ends up saving a kid from the villain Crablante. With renewed motivation he finally sets off on his dream to become a hero by following a gruesome training schedule.

His daily training schedule consisted of the following activities;

He followed this tough regime for the next three years and trained so hard that he became a hero with superhuman strength (he could kill villains with a single punch now). This gruesome training also made him go bald and lose many of his emotions.

But then, even with the goofy nature of the anime, how is it possible for a human being without any special powers to be so strong? For that we need to understand the concept of Limiters in the anime.

Dr. Genus, a world renowned scientist and founder of house of evolution, did genetic experiments in his isolated lab regarding the unlimited potential that humans possess. Genus was of the opinion that humans are born with unique limiters to each of them, which limits their strength and evolution. If one can manage to break this limiter, then the doors of evolution will be open to that person.

In his own words, Genus explains limiters this way;

“No matter how much effort one puts in, every living being has an intrinsic limit to its growth. Too much power becomes unbearable and overwhelms its host, turning it into a mindless, rampaging monster. To ensure that we do not enter the realm where we lose all purpose and reason, God has set limits to the growth of every being. The mechanism with which growth is controlled is called the limiter.”

So by considering Genus’s hypothesis, it’s clear that Saitama unintentionally went past his limiters during the three years of his gruelling training. He trained hard with a strong conviction to become a hero and eventually at some point, broke his natural limiters. But Saitama didn’t stop there. He kept on evolving and becoming stronger with training and reached a level where he only needs one punch to destroy anything.

This is one of the main reasons behind Saitama finding his life pointless. He accidentally became so powerful that the villains were no match for him. As a hero, he craves for a villain who could give him a proper fight.

Interesting right? How about one more theory regarding why he is so powerful?

What if the One punch man world works differently?

This is probably tinfoil and should be taken with a pinch of salt. But still, speculations regarding this have been going on in One Punch man fandoms for sometime now. And so, here we go.

In the first episode, Saitama encounters the crab monster Crablante, who claims that he became a crab monster after eating a lot of crabs (too many crabs here). Now this stuff sounds foolish to begin with, but listen to this reasoning.

There are scenes throughout the series where people mention that they changed by doing something excessively. Yes, now you know what we are getting to right?

Saitama tells Crablante that he wanted to be a superhero that blows away stereotypical villains in one punch, and no sooner after that he started his rigorous training for three years and became the one punch man or the caped baldy (you can call him what you what). So what if that’s how the one punch world works? Do something with vigour and passion excessively and you will eventually achieve what you want to achieve. Meaning if you persist at doing something it will yield the results.

Being a goofy and deadpan anime, this theory sits well with One Punch Man. But the obvious lack of a logical reason behind Saitama being so powerful also means that the creators don’t want us to break our heads over it and instead just sit back, relax and enjoy watching Saitama’s exploits as a hero.

Well, what do you think the reason for Saitama being so strong could be? Comment below and let us know. Remember there is still a wide room open for thinking about this, as it could be possible that Saitama is strong because he has bananas for breakfast with no air conditioning (are we kidding or are we kidding?) 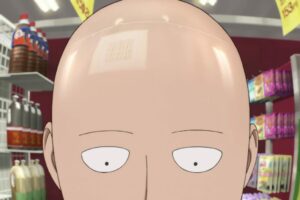 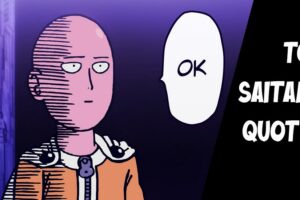