Why Does Beerus Die If Supreme Kai Dies In Dragon Ball Super? 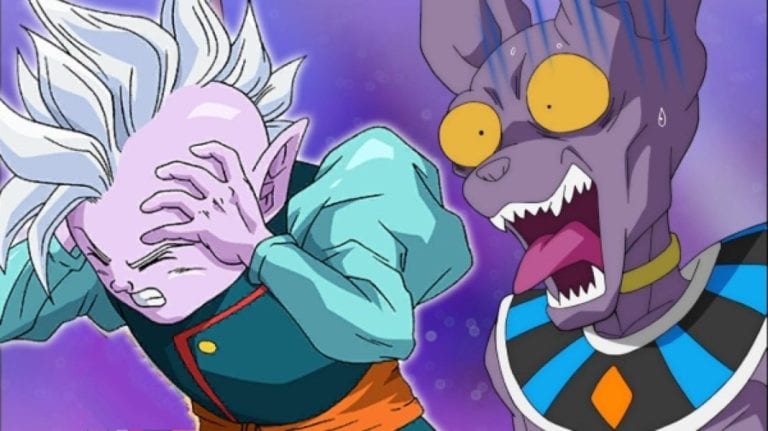 Beerus’s awakening in Dragon Ball Super sent a rift throughout the cosmos. The Kaio’s and the Kaio-shin feared his presence. Even King Cold asked the embodiment of tyranny, Frieza, to stay away from him. Those who have the ability to sense God Ki knew that the fearsome God of Destruction has awoken, after a long nap of 39 years. Old Kai said that Beerus had woken up earlier than expected. This is because of the premonition he had of the Super Saiyan God and went straight to Earth to meet the Saiyans.

Many beings in the cosmos, like Frieza, would definitely want the power to conquer Beerus if they can get their hands on it. But what they do not know is that it is not that difficult to kill Beerus. Only a few higher-ups in the God hierarchy know about his weakness. And it has something to do with the Supreme Kai.

What is the link between Supreme Kai and Beerus?

There is a Life Link that exists between Beerus and Shin (the Supreme Kai of Universe 7) as well as their counterparts in other Universes. This is to ensure a balance between creation and destruction as part of a set. Whis revealed this secret to Goku and the others when Beerus asked Future Trunks whether the Supreme Kai in his timeline is alive or not.

In all 12 Universes, this Life Link is present for the Supreme Kai and the God of Destruction in each Universe. When Supreme Kai died in Future Trunk’s timeline during the fight with Babidi and Dabura, that Universe’s God of Destruction died as well. This gave the idea and chance for Future Zamasu, in the guise of Goku, to destroy all of the Kais, Supreme Kais (in extension the G.O.Ds) and Mortals in all 12 Universes.

There exists a similar Life Link between Kami and Piccolo as well. They were once a single person, the Nameless Namekian, the son of Katas or Katattsu. The Nameless Namekian performed fission or separating his evil side from himself, which took the form of King Piccolo. Because of this, if Kami dies, Piccolo dies and vice versa.

Perhaps a long time ago, before the Universe was even created, a Supreme Kai may have been a God of Destruction as well. Maybe that person had conflicting emotions because of the two distinct positions. That’s why he might have separated the “destructiveness” inside him and it personified as a separate God of Destruction. Because they were once a single entity, they share a Life Link and that passed on when future beings hold the respective positions.

Why didn’t Beerus save Shin when the latter was almost killed by Majin Buu?

The obvious and direct answer to this question would be – Toriyama did not conceive the character of Beerus until Dragon Ball Super. Therefore, there was no Beerus in Dragon Ball Z to save Shin.

To give an answer which is consistent within the storyline is – Beerus was still asleep during the Majin Buu arc.

According to the timeline of events mentioned by Dragon Ball Saikyō Super Saiyan Secret, in Age 739, the Oracle Fish tells Beerus of a prophecy about the existence of a Super Saiyan God. Beerus goes to sleep. He wakes up in Age 778, 39 years later. Majin Buu was awoken in Age 774. So Beerus is confirmed to be sleeping during this time. So this prevented Beerus from assisting his universe’s Supreme Kais during the conflicts with Majin Buu.

Why was the Supreme Kai afraid of Beerus? Was he weaker than him?

According to King Kai, There are deities in this world that create planets and life, such as the Supreme Kai or Kaioshin. And, conversely, there are also deities who destroy planets and life. That is the God of Destruction. Beerus in the G.O.D in Universe 7. They’re needed in order to maintain balance in the world. So that is why there are both deities in the Universe.

However, compared to the other G.O.Ds, Beerus is more moody and short-tempered. Even the slightest annoying thing, like a bad after-taste in food, could make him destroy a planet. That is why Old Kai and Supreme Kai said that peace in the Universe is short-lived once Beerus wakes up from his long slumber.

Supreme Kai is a peace-loving God. Beerus is the opposite. So it is natural for the Kai to be afraid of him when he goes berserk.

Since even Dabura overpowered the Supreme Kai in Future Trunk’s timeline, it’s clear that Beerus can outclass Shin in combat.

On the other side, Beerus is also afraid…… for a different reason. Shin is not only weak but also clueless when it comes to knowledge regarding the Gods and Mortals. As mentioned before, the Supreme Kais and the higher Gods keep the Life Link as a secret. Even so, he didn’t even know that the Life Link between him and Beerus even exist.

Grand Zeno wished to meet Goku and Supreme Kai takes him to the Lord of Everything’s world. Beerus is afraid and warns Shin to not die, in case something bad happens. Shin is baffled and doesn’t seem to know about the Life Link between him and Beerus. As Old Kai said, he’s still a naïve youngster.

What do you think of the reason for the existence of a link between the Supreme Kais and the Gods of Destruction? Let us know your thoughts in the comments below!