Who Are The Nine Shadows From Lady Toki’s Prophecy In One Piece? 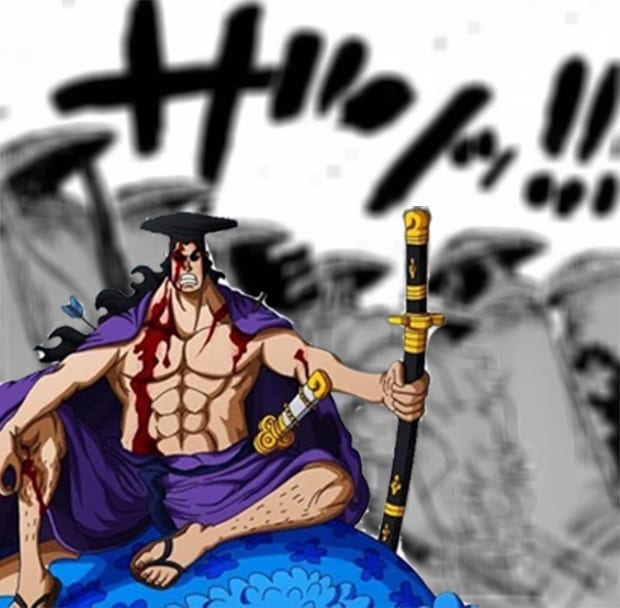 “Don’t you know that already?”, we hear you asking. “Isn’t it too late to speculate about it?”, is what you are wondering. It has to be the Red Scabbards, or the ones otherwise known as the Akazaya Nine. The very same samurais who Toki sent twenty years into the future (well not all of them) so that they would have a better chance at liberating Wano from their long-standing subjugation and opening the country’s borders.

If you are up-to-date with the manga, you’d know that these samurais are currently battling Kaido at Onigashima. Even more reason to believe that the Red Scabbards indeed are the Nine Shadows. But judging from how the battle is progressing, we feel that the 9 shadows that Lady Toki referred to in her prophecy could very well be someone else.

The following article contains spoilers from the latest chapters of One Piece manga. Read ahead at your own discretion!

Before diving into this theory, let’s take a look again at what Toki prophesied on that fateful night twenty years ago!

“You are the moon unaware of the dawn. May your purpose be fulfilled and cast nine shadows on the night woven of 20 years and you shall know the brilliance of the dawn.”

The people of Wano and Shogun Orochi took the prophecy as a curse. They roughly translated it like this, Nine Samurais will emerge on a moonlit night to take down the corrupt Orochi and Kaido, opening up the borders of Wano in the process. Now let’s speculate who these 9 shadows could be! It’s a lengthy game of probability…

Who could be the Nine Shadows in Wano?

The most common assumption is that these shadows refer to the Akazaya Nine. The numbers add up, there are 9 Red Scabbards and all of them are alive. By the time of the Raid on Onigashima, they have all banded together and are determined to take down Kaido in the name of their late lord Kozuki Oden. This whole arc has focused on Oden and Wano. What better way to conclude the arc other than having one of Oden’s trusted retainers landing a telling blow on Kaido.

However, as soon as the traitor working for Orochi amongst the Red Scabbards was revealed, the numbers didn’t add up so well. With Kanjuro gone, the samurai left standing were reduced to eight.

This is when fans started believing that Zoro would lead the remaining Red Scabbards against Kaido (and probably defeat him?), bringing the number back up to 9. There’s chances that this was foreshadowed in a chapter cover of One Piece. To add to this theory, there’s an instance in the Zou arc where Zoro promised Luffy that he’d gather the samurais for his captain. Though far-fetched, this could refer to Zoro and the remaining Akazaya Nine being the 9 shadows who defeat Kaido.

But as the battle progresses, we realise that Kaido has begun imposing on the Red Scabbards in the battle at Onigashima. The scabbards alone won’t be able to take down the Pirate Emperor, termed as the “strongest creature alive.”

So the identity of the nine shadows is again up for discussion.

Now, there’s yet another possibility that these nine shadows don’t refer to the samurais as such but someone else entirely. There were theories about the shadows being that of the Straw Hats. But as soon as Jinbei joined up with the crew during the raid, the number of nakamas increased to 10. This could only mean that the Straw Hats as a whole squad won’t be up for facing Kaido. Also, Straw Hat members seem to have their own loose ends to tie up in this battle.

Maybe Sanji and Nami would head off to face the crew from Big Mom pirates (think Zeus and Pudding arcs) in the raid, making it hard for all of them to be at a single stage. Then there’s also the question of the Red Poneglyph on Onigashima. Robin would probably head off to find that road map, because that’s another important piece of the puzzle which Straw Hats currently need.

If things indeed do proceed this way then that leaves us with one option. The Nine Shadows could be that of the supernovas who have teamed up to take down Kaido.

Chotto Matte! What did you just say?

Shadows of the Supernovas!

Yeah. The worst generation of pirates have some way or the other banded together at Wano. While most of them are serving under Kaido, or are being forced to serve under Kaido, we could say that they are only waiting for a chance to betray him and take him down. The Supernovas who are currently there on Wano are Luffy, Zoro, Trafalgar Law, Eustace Kidd, Killer, Basil Hawkins, X Drake and Apoo.

Let us look back on Lady Toki’s prophecy.

She mentioned 9 shadows who would appear on a night woven of 20 years. The night obviously refers to Kaido and Orochi’s rule on Wano. When she speaks about nine shadows on a night woven of 20 years, the people who will be involved in the situation would be tempered over these twenty years. The incidents that happen throughout these times would strengthen them and make them who they are. They’ll finally arrive at their destiny going through all the hardships and sufferings (oops tinfoil hat is on).

If this is how we infer its meaning, then the nine shadows being that of the supernovas makes the most sense. Reading the prophecy together with Oden’s letter also points to this fact.

Eustace Kidd and Killer are already against Kaido. Basil Hawkins won’t mind switching sides if he saw a better probability of winning. X Drake again has been revealed to be a spy for the Marines and has been working against Kaido from the inside all this time. This only leaves us with Apoo, who did not have a legitimate reason for switching sides. But that was before chapter 994. Queen’s actions in the latest chapter has almost certainly set the stage for Apoo to betray the Beast Pirates and take the numbers along with him. This would make the entire Supernovas on Wano to go against Kaido.

But now, you realise there are only 8 supernovas!

Again, we are facing an issue with the numbers. But depending on the situation, this ninth person could either be Sanji, Blackbeard, Yamato or Kin’emon.

Of these, Sanji and Blackbeard have the highest probability of being involved. Sanji is easily overlooked these days. But being an actual member of the monster Trio in straw hats, it is high time that he shone as much as the other two (now we are contradicting ourselves). That is, if he does not go off to fight the Big Mom pirates.

If Blackbeard is the one who shows up on Wano, then as per Oden’s letter, all the people who are supposed to be involved in a great war that will shake the very foundations of the One Piece universe will be present there. These nine would then be the perfect set to take down a pirate emperor, who stays on as a lingering shadow of old times (ok maybe that was too much).

But, would Blackbeard come to Wano, and even if he does show up, will the other Supernovas side with him or even fight with him. Marco for one won’t be on the forgiving side if that does happen. In fact, the other Supernovas won’t even have to fight alongside Blackbeard. The treacherous Teach can make an appearance at the last moment, and land a killing blow on Kaido, before stealing his devil fruit.

Well, these are only possibilities of what could happen. Who do you think the nine shadows to bring about the change in Wano would be. Let us know your opinions in the comments section! 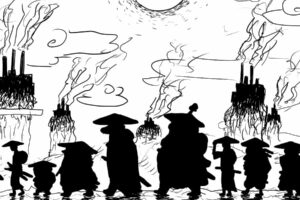