Hiroshi Nagahama explains the circumstances behind the anime's delay, and a clip from the opening scene of the anime's first episode. 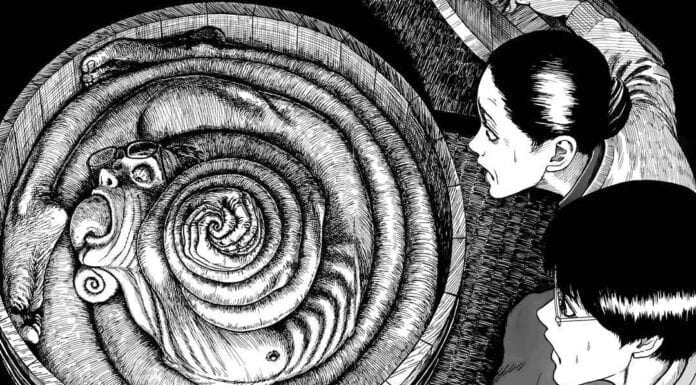 The official Twitter account for the anime adaptation of Uzumaki released an update video and teaser featuring director Hiroshi Nagahama on Tuesday.

Adult Swim began streaming a new teaser video for the anime of Junji Ito’s Uzumaki horror manga. The video reveals the anime’s delay to October 2022. Hiroshi Nagahama (Mushishi, Flowers of Evil) explains the circumstances behind the anime’s delay, and previews a clip from the opening scene of the anime’s first episode.

The video clip has a substantial amount of behind-the-scenes info to keep fans updated while the series premieres, from first looks at the voice cast and voice acting process to first looks at characters and the animation style.

The four-episode mini-series will air on Toonami. The anime was originally slated to debut on Toonami in 2020 before it premiered in Japan, but the anime was delayed to 2021 and now it is again rescheduled to 2022.

Viz Media describes the series as:

Kurouzu-cho, a small fogbound town on the coast of Japan, is cursed. According to Shuichi Saito, the withdrawn boyfriend of teenager Kirie Goshima, their town is haunted not by a person or being but a pattern: UZUMAKI, the spiral—the hypnotic secret shape of the world. The bizarre masterpiece horror manga is now available all in a single volume. Fall into a whirlpool of terror!