Tomino also expressed that he finds the idea of using anime characters being used to promote personal relations "weird". 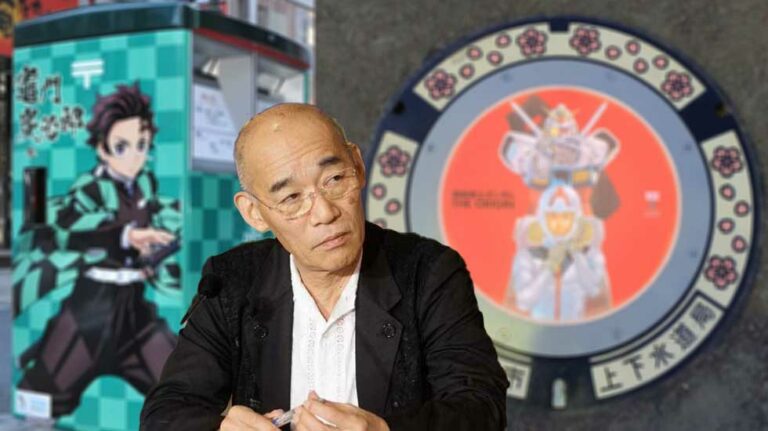 In a recent interview with Japanese daily Mainichi Shimbun, Mobile Suit Gundam series creator and director Yoshiyuki Tomino put forth his views about the use of animated characters in real-life landscapes.

According to him, it is not okay to let anime characters, including mascots, to slip into daily lives of people as this practice pollutes the nation’s culture.

“It is time to talk about whether it is okay for characters from animated series to slip into the landscape of our lives. I can’t help but feel that they are contaminating Japanese culture, including the Yuru-chara(mascots),” said the director.

Tomino also expressed that he finds the idea of using anime characters being used to promote personal relations(PR) “weird”.

He said, “It’s fine to be promoted as a marketing tool for business, but for PR, my team thinks it’s weird.

In summer 2021, Tomino’s hometown Odawara used manhole lids that were etched with Gundam art. However, Tomino stated that he always tried his best to prevent ‘Mobile Suit Gundam‘ from being used in local administrations, such as sewers and car plates.

Tomino himself refrained from using his own creation in his daily life. Instead he has hung a highly prized piece of art which is a lithograph he acquired over 30 years ago, hung in his room. It was drawn with a technique that three-dimensionally reproduces Van Gogh’s oil painting “Café Terrace at Night”.

“It is not a miniature painting, but I like to see it. Surrealism, where they are reproduced down to the pores, is not a good idea. The only reason these paintings sell for such high prices is for tax purposes for those with extra cash. They do not realize how much they pollute the environment by spending the money as if it were their space adventures and rocket launches,” Tomino said.

Tomino is noted for directing several well-known anime series throughout his career, such as his most notable work, the Mobile Suit Gundam series, beginning in 1979, and which was later followed by numerous sequels, spinoffs, and merchandising franchises, Aura Battler Dunbine, Brave Raideen (in which he directed the first 26 episodes), and numerous others.