Using A Pirated Manga Site Is Like Funding A Terrorist, Says Expert

Hiroyuki Nakajima, who is affiliated to the Authorized books of Japan (ABJ), a countermeasure group created by manga publishers, commented on the major drawbacks of using illegal manga sites on Dec 28, 2021, saying it was akin to funding a terrorist.

“Using a pirated site is like funding a terrorist. As I said earlier, pirated sites are the ones that destroy manga culture. Using them can make money for the operators. Then, what was initially small becomes bigger and more sophisticated,” said the attorney.

Nakajima said that pirated sites make a lot of money and the economic damage caused by “just reading” on pirated sites is estimated to exceed 700 billion yen annually.

He compared the effect of pirated sites to “Ransomware damage” that demands a ransom by adding a cyber attack to a company. The lawyer was of the opinion that a pirated site operation is also a cyber attack that targets Japanese companies and content.

Additionally, Shueisha’s Atsushi Ito revealed that copyright infringements are not only limited to manga but also spoiler sites and networks which provide spoiler videos.

“Speaking of manga copyright infringement, spoiler sites and spoiler videos that extract parts of pictures, lines, scenes, etc. in detail so that the contents of the manga can be understood from the beginning to the end are also becoming a problem. In 2017, Shueisha cooperated to detect two spoiler sites, and these two sites generated 379 million yen in profits,” said Ito.

Ito revealed there is no shortcut to eradicating pirated sites. However, he assures since they were able to hunt down Manga Bank and detect operators overseas the “cat and mouse” chase is not all impossible. The political efforts that have been underway since Mangamura have also begun to bear fruit.

Beyond domestic efforts, there is also an approach to detect piracy overseas.

“The Agency for Cultural Affairs is also moving to increase the budget for anti-piracy measures from next year, and the Liberal Democratic Party’s Intellectual Property Strategy Investigation Committee has included as a proposal to strengthen international enforcement for anti-piracy measures. There is a common understanding that the whole country will fight against pirated editions,” revealed Nakajima.

ABJ reported that during Mangamura’s peak, the sales of publishers dropped about 15 to 20%. This became a serious problem for manga artists to continue their work.

The group explained a young writer with a monthly income of about 200,000 yen will earn 160,000 yen. This drop in income can put a full-time writer in danger of going out of business.

“Perhaps there was a genius writer who would draw a blockbuster work like” Kimetsu no Yaiba “in the future, but (due) to a pirated site they stop writing, and eventually, a blockbuster work was not born. It’s gone. That can happen. Pirated sites destroy young talent,” said Ito.

The experts opened up that they are okay with manga losing to YouTube and other content. But they are reluctant to lose to the pirated sites.

“I think it can’t be helped if manga loses to YouTube and other content. It’s a fair game. But I can’t afford to lose to the pirated versions. It’s not a fair game. I’ll do my best. There is no way they can fight on the same level as where they stole what we made in the form of free,” assured Ito.

Jiji Press reported, Lawyer Nakajima has debuted as a manga author in order to fight piracy directly as a copyright holder. In 2021, he made his debut as a manga author with “A lawyer, Aran Rikuho wants to be a manga artist” under the pen name Yuuki Hiro. 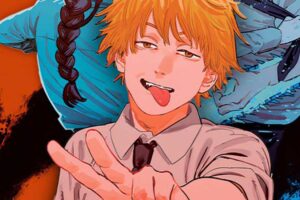