The 39-year-old MMA fighter had her bout against Talia Santos in UFC 266. 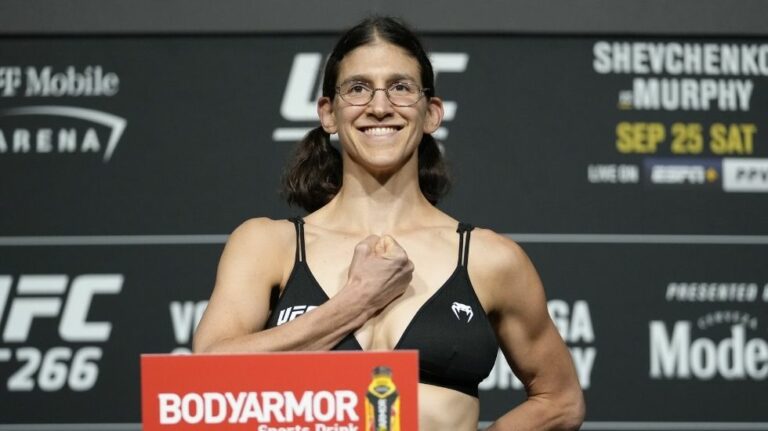 While fans thought athletes channeling anime references died with the Tokyo Olympics 2020, on Saturday UFC 266 women’s flyweight fighter Roxanne Modafferi struck a pose of the now-famous salute used by the Scout Regiment of the Attack on Titan series.

The 39-year-old MMA fighter had her bout against Talia Santos in UFC 266. With this fight, Modafferi tied the current record for most MMA fights for a woman in MMA history.

Surprisingly, “The Happy Warrior” is also an otaku and cosplayer and frequently geeks about her appreciation for the globally popular My Hero Academia, Naruto, and Attack on Titan on her Twitter and blog.

Besides Modafferi, other UFC fighters have also made anime references in the lead-up and during high-profile matches.

UFC middleweight champion Israel Adesanya is an avert fan of anime and he showed off her Death Note reference by scribbling a name during his championship bout against Robert Whittaker.

During the press conference, he explained his anime reference in detail, showing off his Otaku side.

Dubbing himself “The Last Stylebender”, as a reference to the popular Avatar: The Last Airbender series, in a recent match he was seen mimicking the Summoning Jutsu from Naruto series by unscrolling a scroll, biting his thumb and performing the hand signs in order to summon a being.

With a help of artist @Kutkraft, the video shows the animation of the fighter summoning the dragon Kundakinte which is not a part of the Naruto series but fits right for the event.