NHK Animeworld released a new key visual commemorating the announcement of To Your Eternity Season 2 in fall 2022. 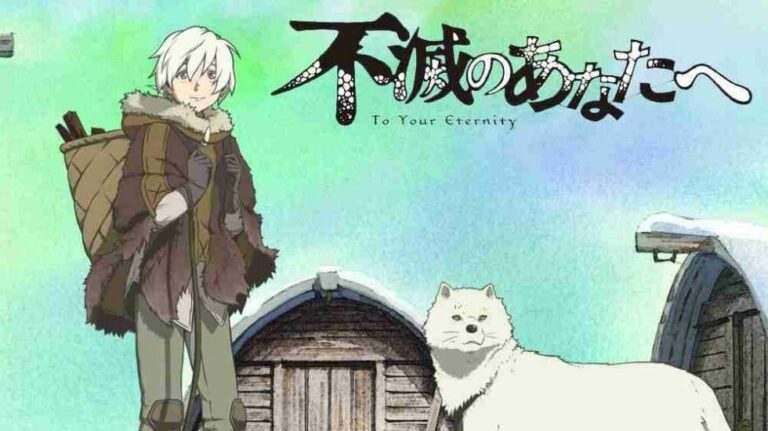 The first season of To Your Eternity was slated to air from October 2020. However, due to the effects of the new COVID 19 on the anime production schedule, the first episode aired on NHK Educational on April 12, 2021.

Kodansha Comics describes the story as:

A new manga from the creator of the acclaimed A Silent Voice, featuring intimate, emotional drama and an epic story spanning time and space…
A lonely boy wandering the Arctic regions of North America meets a wolf, and the two become fast friends, depending on each other to survive the harsh environment. But the boy has a history, and the wolf is more than meets the eye as well… To Your Eternity is a totally unique and moving manga about death, life, reincarnation, and the nature of love.