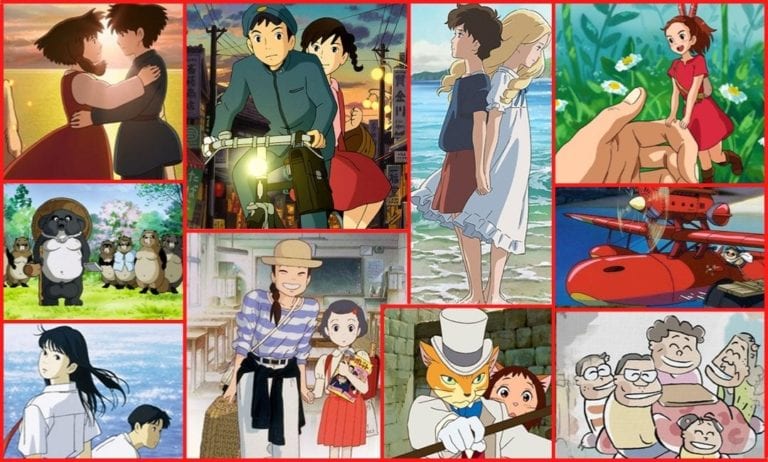 Studio Ghibli, the passion child of co-founders Hayao Miyazaki and Isao Takahata, is known for creating brilliant movies that enveloped the minds of adults and children alike with their whimsy imagination. However, not all of their movies live up to the taste of the masses. There are films made by Studio Ghibli that are really unappreciated and never achieved fame like Spirited Away or Princess Mononoke. They all deserve a chance to atleast be critiqued and acknowledged.

So, here we are with 10 Underrated Ghibli movies that you should give a chance:

When Marnie was There is an anime movie adaptation of the book by Joan G. Robinson. When Marnie Was Here is a film that runs way deeper on emotions than it shows. It focuses on Anna a mysterious girl who experiences a loss of emotions. The film has a unique storytelling style with plot twists and heartbreaking narratives.

The plot is built so that you’re left feeling satisfied and wanting more. The marriage of the whimsical dreamland and real-life issues gave birth to this beautiful piece of work. If you’re looking for an emotional treat with that sprinkle of mystery, look no further.

Among the lot of most unappreciated Ghibli movies nestles the gem Porco Rosso. Set in post World War I scenario, it portrays the journey of an anthropomorphic pig as a bounty hunter; who gets sucked in the Nazi political drama. A lot of fans of Ghibli will find it uninteresting due to its lack of deep and complicated plots. It is a seamless presentation of Miyazaki’s voice against war.

Porco Rosso nurtures different themes other than the usual aesthetically pleasing magic and romance. The Red pig or Scarlet Pig, as it is known otherwise is a treat to eyes if you love a little realistic dark side of war and women empowerment.

Ocean waves is a really underappreciated queer movie which explores an interesting love triangle between two good friends and a new transfer student in a city of Kouchi. The tones and setting of the film is really good, taking straight from the real life instances with a bit of drama.

The movie was supposed to be a cheap project done by junior staff members, but it barely shows in the outcome. This poignant story about adolescence and strained friendship might start off as slow and boring but that’s basically the point to give it a realistic approach of the melancholy of their teenage life. In all, it is a movie you must not miss!

Only Yesterday is a Shoujo drama film initially meant for the adult audience as a realistic drama. It’s a quiet, contemplative movie that examines the role of women in Japanese society. It won’t be for everyone but Only Yesterday stands out as a unique piece of animated filmmaking. The characters were a bit different from the children’s’ films.

A nostalgic movie by the Isao Takahata, who knows just the path to our heartstrings. The flip between the protagonist’s this period and her childhood are some fun moments to watch which acts as a reminder of how we are formed by the events of our life and how our past can sometimes feel like it wasn’t that long ago. Maybe it was only yesterday.

The Secret World of Arrietty is a film inspiring the theme of friendship and courage. It introduced us to an unknown world of little people called “Borrowers” who live among us. The companionship between a human and a borrower shown is really heartwarming, giving us new ideas about our surroundings. The film infused in us the courage to protect everything we can; be it big or small.

Arrietty is a production of the new era of Ghibli movies that focuses mainly on slice-of-life fantasy adventure movies. bursting with imaginative visuals and perspective makes the ordinary seem extraordinary giving it an experience of a classic fairytale.

Studio Ghibli’s one of the strong points is depicting war or post war times. From up on poppy hill is a close resemblance of Japan as a whole to rebuild the country after the war days. The hopes of Summer Olympics and the sacrifices of the fathers in the battle fields are some golden moments of this movie.

A work produced by the father son duo, Hayao and Gorou Miyazaki seems to be a straightforward drama, an adaptation of a popular manga originally published in 1980. A great choice of underrated ghibli movie for you to enjoy on a lazy afternoon.

The Cat Returns is the indirect sequel of Whisper of the Heart, with Baron as the main character and also Muta from Shizuku’s fantasy novel. This film lacks the magic of a Miyazaki film, but it also offers some interesting contrasts.It echoes with Lewis Caroll’s Alice in Wonderland, as Haru ends up in the cat world turning herself into one.

As a spin-off or sequel, the story is nice and warm, complementing the thoughtfulness of Shizuku from Whisper of the Heart.

The Tales from Earthsea is a debut creation of junior Miyazaki. He enveloped as many elements of Ghibli as possible in his film but lacked somewhat in certain departments. That said, the movie does manage to leave us with a lingering sense of eerie nostalgia. It is an adaptation of the beloved Earthsea series of books by Ursula K. Le Guin, but somewhat loosely.

As a debut film, it shows the lack of experience and insight in storytelling on the director’s part. However, there is magic and powerful scenes that will blow your mind.

Pom Poko digs deep into Japanese folklore regarding raccoons and their ability to transform themselves into beings and hide in plain sight. The Tanuki’s transformation prowess here makes for some of the most imaginative and unrestrained animations in Ghibli history. Takahata wanted to convey the message of environmentalism and human interaction with nature through the different moments of these tricksters.

A very child friendly movie which can be enjoyed by all. The theme of the movie might be unknown to most international fans as they wouldn’t be able to relate all the humorous moments and cultural differences. But that doesn’t stop us from giving it a chance, right?

A completely different type of movie with comedy and comic strip at its base My neighbors the Yamadas took all the Ghibli fans by surprise. Not all viewers appreciated the approach, but Takahata’s new vignetted style was a nice try. Even if you don’t like the whole movie, this quote will give you new hopes as it is a summary of love and hardships faced together as a family.

Though it turned out to be Ghibli’s only flop movie,it is as wise as silly and a comforting palate cleanser for any intense Ghibli streams.

Yeah, so that’s all folks! I hope senpai was of help. If you want to add some of your own, shy not! Go ahead and comment down below! Mata ne. 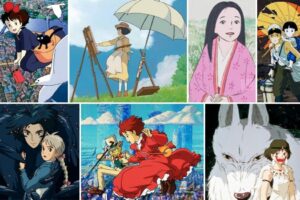 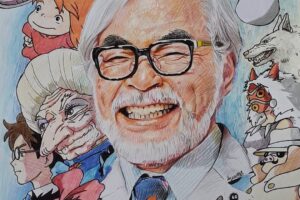 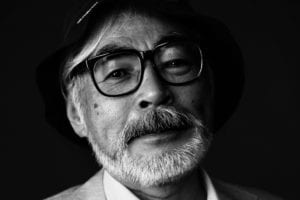 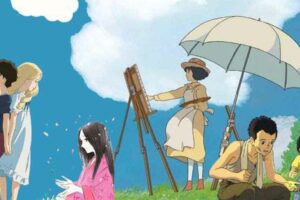 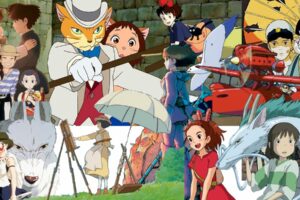