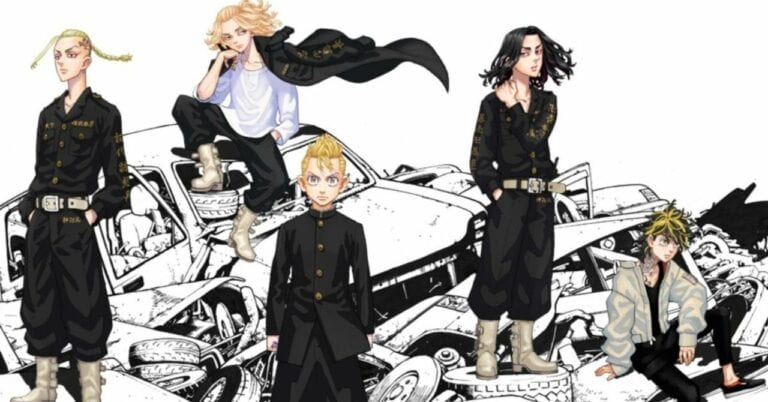 The official guidebook covers information on episodes 1-12 of the anime. It will also include main character settings, design of their favorite bikes, supporting roles, exclusive artworks, etc. A roundtable discussion between voice actors Yuuki Shin, Yu Hayashi, and Tatsuhisa Suzuki, and a conversation between director Koichi Hatsumi and producer Kosuke Yokota will also be available in the book.

Moreover, the live-action movie version of the visual book “Tokyo Revengers Official Visual Book” will come out on July 9. It will contain interviews with performers such as Takumi Kitamura, Ryo Yoshizawa, and Yuki Yamada.

In addition, all cast-staff of the stage play “Tokyo Revengers” is also available on the official website.

The stage play will be performed at COOL JAPAN PARK OSAKA WW Hall in Osaka from August 6th to 8th, at Nippon Seinenkan Hall in Tokyo from August 12th to 14th, and at KT Zepp Yokohama in Kanagawa from August 19th to 22nd.