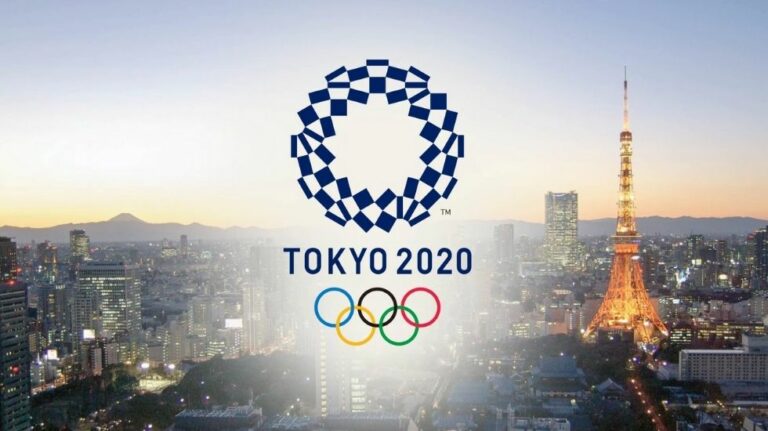 The Tokyo Olympics officially commenced on Friday, 23rd July with an outstanding welcome party of “Heroes” parading with their country flag on hand accompanied by an orchestral medley of songs from famous Japanese Video Game titles. The rearrangement included motifs from iconic franchises like Final Fantasy, Kingdom Hearts, Chrono Trigger, Monster Hunter, and Dragon Quest to name but a few.

As if it was not enough to surprise the Otaku Community, the Games also treated anime fans to a few surprises by playing anime songs, reporters cosplaying as anime characters, and players sporting anime/cartoon-themed getups during some of the matches.

Despite all kinds of opinions about the Olympics held this year and the recent heated rumors about LiSA’s sudden hiatus, Japan paid homage to the biggest anime in the country right now – Demon Slayer: Kimetsu no Yaiba. ‘Gurenge‘, which was composed by Kayoko Kusano and sung by LiSA in its full version. It was featured in the Olympic Games Closing Ceremony performed by the Tokyo Ska Paradise Orchestra with dancing in the main stadium, bringing anime to the world.

Uzbekistan, who appeared in 4th place in the group rhythmic gymnastics, danced to the tune of the theme song “Moonlight Legend” of the popular anime “Sailor Moon”. Also, they dressed brilliantly in the Sailor moon themed costumes, scoring 42.100 points.

The Chinese 4x100m team enthusiastically do the infamous Dragon Ball pose “Kamehameha” before the race.

American professional track and field Athlete Noah Lyles conveyed his excitement channeling his inner Goku as he grabs the bronze medal in 200m race on August 4, 2021.

Hungary’s Balint Kopasz won the gold medal in the men’s kayak 1000m competition at the Tokyo Olympics on Tuesday, August 3, and celebrated it with a powerful Kamehameha!

Massimo Stano, the Italian athlete who became the gold champion in the men’s 20km walk today, finished his lap with Luffy’s Gear 3rd pose. In fact, this is not at all surprising since Massimo has proved over the years to be a fervent fan of ONE PIECE through his Instagram profile donning several One Piece themed posts.

An Olympic athlete representing USA, Payton Ottherdal, was spotted donning Franky’s “SUPER” pose.He even screamed “SUPEEER” as he did the pose. He’s spotted right before entering the final match of shot put today.

Miltiadis Tentoglou, a gifted track athlete who came to Tokyo with the Greece team performed Luffy’s famous Gear Second Pose from ONE PIECE during the Olympics. The athlete told the press he was paying homage to the future King of the Pirates. The tribute seems to favor his side because he went on to win the gold medal after achieving record speed in his run-up.

Spain showed some major love to My Hero Academia in a video segment about the Olympic games. The channel enclosed the video in the popular tune of “Boku no Hero Academia” OST You Say Run by Yuuki Hayashi.

SIU, the author of the popular Korean manhwa Tower of God draws one of his characters, Khun Aguero Agnis in a volleyball team jersey on Sunday evening. He mentioned earlier that he won’t be discriminative about cheering for any specific team in the Olympics.

Japan earned a place in the knockout stage of the men’s Olympic Volleyball Tournament on Sunday, beating Iran 3-2 in a must-win game to secure the 3rd position in Pool A. Ran Takahashi one of the key performers was cheered with SPYAIR’s Wadachi as he smashes through Iran’s libero during the 4th set.

In the latest Women’s Volleyball Event on Saturday, Korea vs Japan got hyped as the adrenaline surging voice of BURNOUT SYNDROMES screamed Hikari Are appropriately during one of Japan’s successful spikes. However, Korean beats the host in 5 sets securing a berth in the quaterfinals.

During the Japan vs Italy Men’s Volleyball Tournament, the 5th Haikyuu Theme roared as Ran Takahashi spiked against a block in the 4th set.

There’s still so much to love about the Games for fans of anime as it’s not only made cameos, but Team USA went all out with special anime makeovers for their athletes. Athletes like Katie Ledecky, who got a special Sailor Moon (specifically Sailor Mercury when it comes to the posing) for winning the women’s 800-meter freestyle, her final event this time.

Reiji Miyajima, the author of “Rent A Girlfriend” manga, drew two illustrations to support the Japanese national soccer team! One of them features Chizuru, and the second one features Ruka.

Reigning world champions Serbia takes the win against Japan 3-0 at the tune of the Tower of God OST, TOP by StrayKids during Women’s Volleyball Event on Tuesday. Serbia beats the hosts and leapfrogged to top Pool A with Tijana Boskovic matching Thompson’s 34 points.

Today, the morning started with the melody of the acoustic version of Naruto Shippuden’s third opening song Blue Bird, the original version sung by Ikimonogakari played during the Dressage 1st Horse Inspection Group C for the Equestrian event.

After scoring a bronze medal a member of Japan’s men’s archery team, 36-year-old Takaharu Furukawa told the press: “My heart feels like it’s bouncing (pyonpyon).” The phrase is a reference to lines from the Is the order a rabbit? anime’s opening theme song “Daydream café.”

Surprisingly, on the same day Deng Yu-Cheng of the Chinese Taipei team, who earned a silver medal, became a hot topic on the internet.

An avert fan of the athlete on Instagram revealed a conversation with Deng which translated as follow:

Believe it or not, the phrases are references to the iconic lines of Archer in Fate/stay night and Arash (of the Archer class) in Fate/Grand Order respectively. What makes more sense of this conversation is the fact that on his official athlete profile on the Olympics website, he lists “Japanese animation and comics, mobile games” under his hobbies.

During the Badminton competition at the Tokyo Games, two competitors representing the United States included Philip Chew and Ryan Chew, who appeared to many Japanese fans as Pikachu and Raichu when the badminton matches were aired. While the two electric-type Pokemon didn’t officially appear in the games themselves, but there were plenty of Japanese fans who could not wrap their minds around the coincidence of these two American competitors sharing names that are similar to those of Ash Ketchum’s number one partner and its evolved state.

The globally acknowledged “Gurunge” made a cameo lifting the spirit of the Japanese boxer Irie Sena as she took punches from the Tunisian boxer Khouloud Hlimi during Tunisia vs Japan Women’s Boxing Event. Hlimi was knocked out eventually by Sena(0-5) in round 16 of the women’s featherweight 54kg-57kg at the Tokyo 2020 Games.

Well, even if fans expected some animanga references to show up during the Tokyo 2020 Event, looking at the last few days it was inevitable to expect the host/commentator might show up in a character cosplay! On the third day of the Olympics, the TV presenter showed up dressing up as one of the characters from the Naruto Shippuden Series, The Legendary Sanin- Jiraya Sensei!

Kiran Badloe, the Dutch windsurfer prepared for his event by sharing a picture of his new haircut on Instagram. The windsurfer sporting his avatar look today took second place in race five after winning race four in the RS:X class.

Yuto Horigome, 22, won the gold medal for Men’s Street Skateboarding Final for Japan. When he was asked what he feels about the medal, he said that he will show it to his parents and people who supported him and when he is done doing that he will put it on his stuffed Snorlax(jp: Kabigon) back home with his other medals!

Looking back to the matches, we also got Samuel Kim’s Zenitsu Theme as a floor routine music for the Mexican gymnast Alexa Moreno during the Womens’ Artistic Gymnastic matches on Sunday. In the end, the judges awarded Moreno a combined score of 12.333. This score placed Moreno in 60th while Vanessa Ferrari of Italy took first place with a score of 14.166.

During the 3rd set of the Japan vs Venezuela Men’s Volleyball event, Japan’s powerhouse spiker Yuji Nishida with his impressive vertical jump delivered a powerful spike to bring Japan’s lead over Venezuela to 9-6. After the amazing performance, the tunes of the first opening of Haikyuu!! – SPYAIR’s Imagination – began to play throughout the Ariake Arena. For a moment, the intense volleyball match felt like an episode from Haikyuu!!, and Nishida seemed like our beloved Little Giant.

On the same day, the archery competition over at the Yumenoshima Park saw another anime song feature. Following Indonesia’s surprising victory over the USA at the mixed team event, the first opening of Attack on Titan, Guren No Yumiya was played! While some may be confused about the relevance of the song associated with the archery event, it’s likely because Guren No Yumiya (紅蓮の弓矢) translates to “Crimson Bow And Arrow”.

Ghost In The Shell OST Plays During Women’s Judo Finals

Also on the first day of the Tokyo Olympics, an OST from Ghost In The Shell, Making Of A Cyborg, played before the commencement of the under-48kg women’s judo finals between Kosovo’s Distria Krasniqi and Japan’s Funa Tonaki.

Characters from Naruto Shippuden Naruto and Sakura makes a surprise appearance on a Brazilian Sports Channel Globe. They said that this cosplay is a tribute to the Japanese culture in the heat of Tokyo Olympics 2020!

An official anime short created in honor of the Tokyo Summer Olympics by The Olympic Foundation for Culture and Heritage was released on the opening day. Ex-Ghibli staff worked together to form Studio Ponoc in 2015 and made this short film. Studio Ponoc’s Tomorrow’s Leaves eight-minute video clip tells its story without words, looks at a group of children from around the world gathering to compete against one another. This is one of the multiple forms of media shared as the Tokyo 2021 Summer Olympics kicked off.

To celebrate the Tokyo 2020 Games, a handful of Japanese artists decided to team up to help people embrace both the Olympic spirit and Japanese culture by reimagining flags of competing countries as samurai characters. The artists took inspiration from each countries’ flags and history while giving all of them a unique twist.

Although samurais themselves no longer exist, “bushido” – the way of the warrior, based on honor and discipline – is a value system considered important in Japanese culture even today.

Naoki Urasawa(right) created “Now It’s Your Turn”, a brilliant artwork with fine details. Hirohiko Araki(left) created “The Sky Above The Great Wave Off The Coast of Kanagawa” where he features his own characters moving towards the sky. 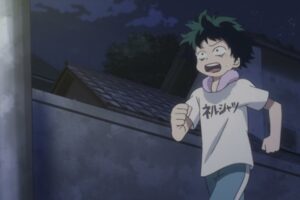 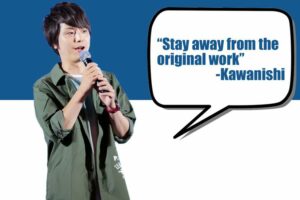