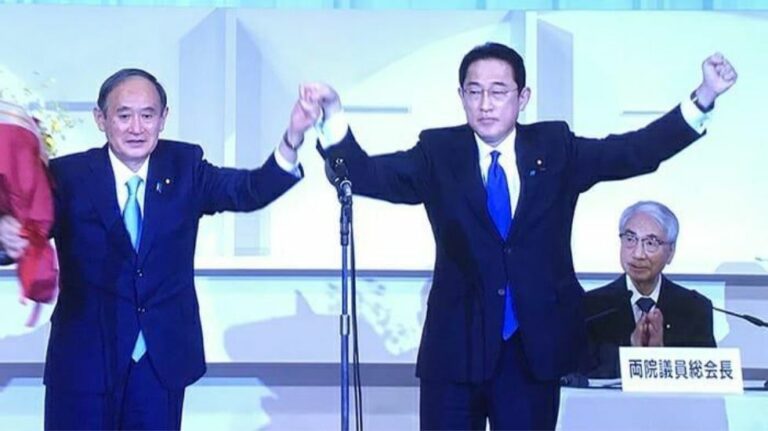 After the results of Japan’s ruling Liberal Democratic Party (LDP), Fumio Kishida has won the race. This win has put him on track to become the next Prime Minister after Yoshihide Suga, who has decided to resign after only one year in office.

Kishida’s popularity reigned over the other participants of the election-Sanae Takaichi, Taro Kono, and Seiko Noda.

The party’s popularity fell after it pushed for the Tokyo Olympics despite public opposition given the COVID-19 pandemic.

Kishida, a former foreign minister, got the majority of the Liberal Democratic Party in parliament, with his position as Prime Minister is practically consolidated.

In relation to the Demon Slayer: Kimetsu no Yaiba – Mugen Train Arc theatrical version which was broadcast terrestrially in Japan, he was asked:

“Have you seen the movie version of Kimetsu no Yaiba on the television broadcast? Which character do you like the most?”

The new President Kishida said: “I haven’t seen it on TV, but I’ve read all 23 volumes of Kimetsu no Yaiba.

He then said, “My favorite character is Akaza.” mentioning the name of the Upper Moon Demon who appears in the Mugen Train movie.

He also declared his commitment to the Japanese subculture and other industries, stating:

“We will also work to improve the income of those involved in Japan’s soft power industries such as manga, anime, and film, ” earning thousands of retweets. “

After securing his victory, he said:

” My ability is to really listen to people. I am determined to work with everyone for an open Liberal Democratic Party and a bright future for Japan .”

Kishida, 64, has long been running for Prime Minister but lost to Suga in last year’s election. As the new Prime Minister, his mission would be to lead the Liberal Democratic Party to victory in the next general election.