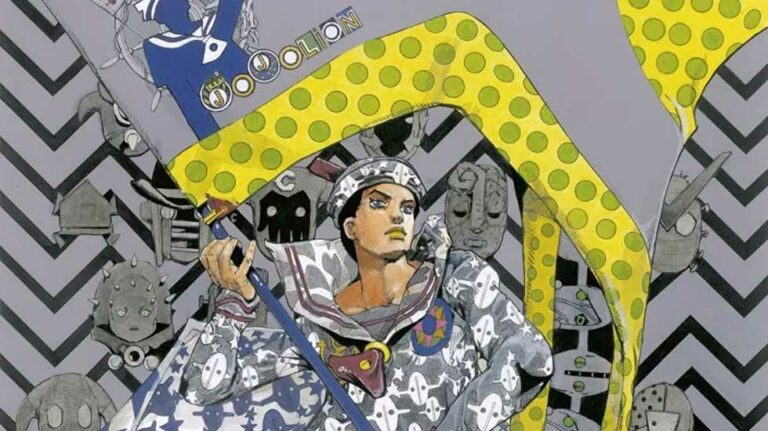 JoJo’s Bizarre Adventure franchise announced on Saturday, March 19, 2022, that back-to-back monthly chapters of Hirohiko Araki‘s spin-off manga Thus Spoke Kishibe Rohan will release in the May and June 2022 issue of Shueisha’s Ultra Jump magazine on April 19 and May 19 respectively.

The illustrations of the new one-shots will feature on the front and back cover of the Ultra Jump magazine, as part of the “JoJo’s Bizarre Adventure 35th Anniversary Project”.

Furthermore, the April oversized issue of Ultra Jump that released on March 19, 2022, had an appendix featuring the illustrations drawn on the cover of the JoJo magazine and the illustrations from JoJo’s Bizarre Adventure: Stone Ocean.

Thus Spoke Kishibe Rohan, known in Japan as Kishibe Rohan wa Ugokanai, is a series of manga one-shots created by Hirohiko Araki. It is a spin-off from Diamond Is Unbreakable, the fourth part of Araki’s JoJo’s Bizarre Adventure series, and features the character Rohan Kishibe, a manga artist who travels around the world to get inspiration from people’s lives.

The series is published by Shueisha, starting with the one-shot “Episode 16: At a Confessional” in 1997 in their Weekly Shōnen Jump. The new one-shots are intermittently published in various magazines such as Shōnen Jump+, Bessatsu Margaret, or Jump Square.