This Antagonist From Chainsaw Man Part 2 Was Foreshadowed

WARNING: The following article contains major spoilers from Chainsaw Man Manga Part 2. Read ahead at your own discretion!

Chainsaw Man Part 2 hit Japanese fans like a storm as Chapter 98 has crossed over 2.5 million views since its release on Shonen Jump+.

The most intriguing aspect of Part 2’s debut is the introduction of the new antagonist Asa Mitaka. She’s a complicated girl who ultimately just wants decent friends.

She despises all Devils because one of them murdered her parents, but she agreed to be possessed by one in order to survive. She shares many parallels with Denji and her Hybrid connection with the War Devil is more or less clear.

However, what’s even more interesting is the fact that the War Devil was heavily foreshadowed to be one of the 4 horsemen driving humanity to the Apocalypse mentioned by Makima.

The War Devil aka Asa Mitaka will most likely play a key role in the potential upcoming war arc headed by the US, Russia, China & Japan.

Funnily enough, Fujitomo also subtly hints at their possible eradication at the hands of Makima/Nayuta.

The panel focuses on 3 Graveyards with 3 crows on top (symbolizing the 3 horsemen of humanity’s apocalypse). The 3 graves and the 3 crows flying away at Makima’s disappointment in Chainsaw Man (the Hero of Hell) having Denji’s feelings may seem to indicate that Chainsaw Man along with Nayuta will eradicate them, just as he erased the memories of the Nazis, World War 2, Aids, etc.

What adds further weight to this theory is that the War Devil was previously in a body of an owl (another bird). Athena is associated with birds, particularly the owl, which became famous as the symbol of the city of Athens.

In Greek religion, Athena, often spelled Athene, is the city protectress, goddess of war, handicraft, and practical reason, who was recognized by the Romans as Minerva. She was fundamentally urban and civilized, the polar opposite of Artemis, the goddess of the outdoors.

This makes sense in the case of Asa Mitaka as she had no friends and was most probably a shut-in who studies a lot.

In Chapter 98, Asa stopped at a red signal and others why she stopped when the road was clear. The red signal indicates Danger is going to enter Asa’s life. And the War Devil is leading her towards her doom – the Chainsaw Man.

She, Denji and Nayuta will definitely cross paths in the future.

Recall Chapter 84 where Makima said things like World War 2, the Nazis, Aids, Arnolone syndrome and NUCLEAR WEAPONS once existed and were feared every bit as much as the Devils who had those names. But only Makima knows of their existence since Chainsaw Man ate them all up.

Or so she thought.

She didn’t consider that the 3 other horsemen exist in dormant form. This means that all 4 horsemen retain the memories of their previous lives after reincarnating.

The War Devil was probably one of the Devils the Chainsaw Devil fought in Hell and defeated. And that Devil possessed the body of Asa Mitaka to have his revenge against the Chainsaw Man.

The War Devil probably saw her hating the Chainsaw Devil for making humans consider living with Devils and targeted her body.

Notice her eyes. The hypnotic spiral-like design resembles the same pattern in Makima’s eyes. But she didn’t have that kinda eyes before the War Devil absorbed her consciousness. This means that she and Makima/Nayuta are on the same boat, in that sense.

What do you think of Asa Mitaka and the War Devil? Will they confront Denji and Nayuta in the future? What will be her fate? Let us know in the comments below! 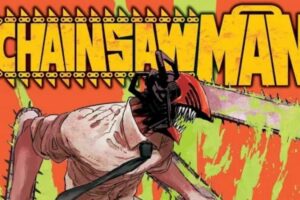 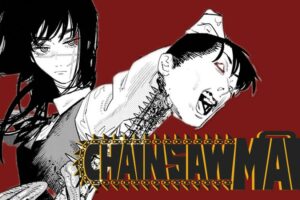