The English dub will hit the Crunchyroll platform on July 21, 2022. 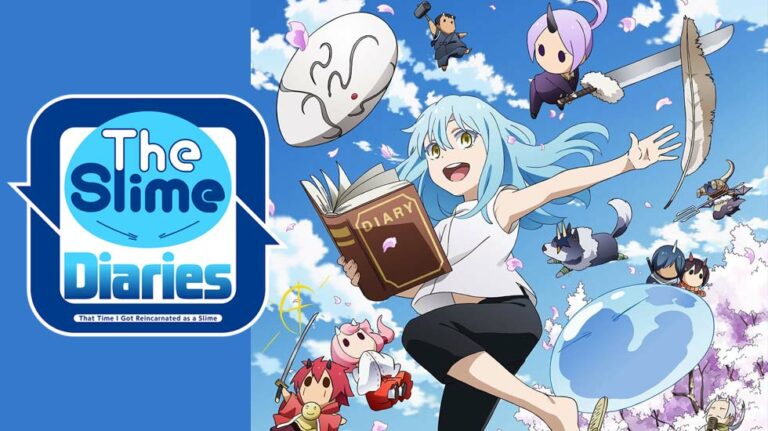 Crunchyroll has announced on July 20, 2022, that the English dub of the spinoff series, The Slime Diaries, will hit the platform on July 21, 2022. They also revealed the cast and staff involved in the English dub edition.

The Slime Diaries, a spin-off anime series based on the Slime Diaries: That Time I Got Reincarnated as a Slime manga was scheduled to premiere in January 2021 but had been delayed to April 2021 due to COVID-19. The series aired from April 6 to June 22, 2021.

“Brand new diary” performed by Akane Kumada is the opening theme of the spinoff series.

MAL describes the series as:

In between slaying monsters and negotiating with neighboring countries, Rimuru Tempest has his hands full attending to his kingdom alongside day-to-day matters. But whether it’s expanding the farms in the summer heat or shoveling snow in the chilly winter, no task is too big for Rimuru and his friends!