At Virtual Crunchyroll Expo event that took place on Friday, the staff of ‘The Rising of the shield Hero’ anime announced at a panel that the anime’s second season will premiere in 2021. 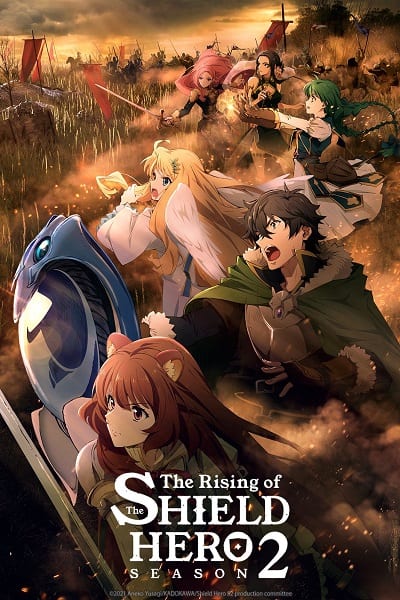 At Virtual Crunchyroll Expo event that took place on Friday, the staff of ‘The Rising of the shield Hero’ anime announced at a panel that the anime’s second season will premiere in 2021. Keigo Koyanagi (series composition writer), Masahiro Suwa (character designer) and Junichiro Tamura (producer of the show) were present during the panel meeting. A key visual was also revealed by the panel.

A promotional video was revealed by the official English twitter account for the anime, after the panel ended.

Tamura mentioned during the panel that staff will try to keep the gap between season 2 and season 3 shorter, since fans have been waiting for a long time for season 2 after season 1.

The full staff for the second season was also revealed by the official website for the anime.

Masato Jinbo is directing the second season at Kinema Citrus and DR MOVIE, replacing Takao Abo. Keigo Koyanagi returns to take charge of series composition. Masahiro Suwa will be back to adapt Seira Minami’s original character designs for animation and Kevin Penkin is returning to compose the music.

At last year’s Crunchyroll Expo, Crunchyroll announced that there will be two more seasons of the anime. The original Novel Series and Aiya Kyu’s manga adaptation in English is being released by ‘One Peace Books’.

In January 2019, ‘The Rising of The Shield Hero’ anime series premiered with a two-hour long special and ran 25 episodes. The streaming of the anime was done by Crunchyroll as it aired in Japan. In September 2018, Crunchyroll premiered the first dubbed episode at Crunchyroll Expo with guests from the anime.