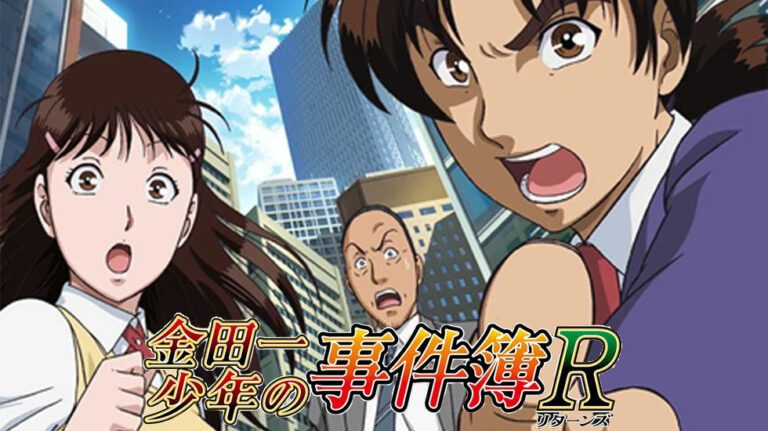 The official Twitter account for Kodansha’s manga app Comic DAYS announced on Sunday, May 1, 2022, that all 14 volumes of The Kindaichi Case Files R (Kindaichi Shonen no Jikenbo R) will be available to read for free from May 1 to 7, 2022.

2022 marks the 30th Anniversary of the serialization of the first Kindaichi series. In commemoration of that, the “Kindaichi Shonen no Jikenbo 30th” event book started on Jan 11, 2022, in Evening magazine.

The Kindaichi Case Files is a Japanese mystery manga series based on the crime-solving adventures of a high school student, Hajime Kindaichi, the supposed grandson of the famous (fictional) private detective Kosuke Kindaichi.

Written by Yōzaburō Kanari or Seimaru Amagi (depending on the series) and illustrated by Fumiya Satō, the Kindaichi series was serialized in Kodansha’s shōnen manga magazine Weekly Shōnen Magazine from October 1992 to October 2017, spanning a total of 76 tankōbon volumes. It is one of the earliest works in the mystery manga genre.

The series has been adapted by Toei Animation first as a feature film in 1996 and then a 148-episode anime television series broadcast from 1997 to 2000, and there has since been a live-action film, four live-action drama series, three live-action television specials and further animated features for cinema and television.

In North America, the series was published in English by Tokyopop with the title The Kindaichi Case Files. Only the first 17 volumes (the first series) have been released by Tokyopop.

A new series, 37 Year Old Kindaichi Case Files, began in Kodansha’s seinen manga magazine Evening in January 2018 and is set 20 years later, in which Hajime graduates high school, and becomes a manager of a PR firm, but is swung back into mysteries, despite quitting detective work.

As of June 2019, the manga had over 100 million copies in circulation, making it one of the best-selling manga series.