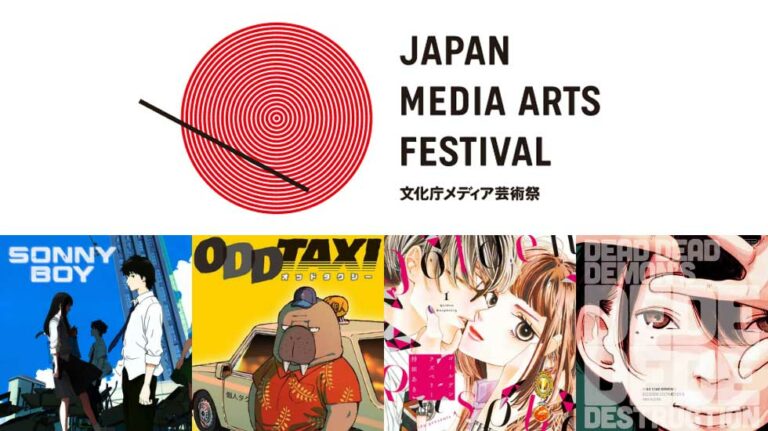 The official website for the 25th Japan Media Arts Festival Awards sponsored by the Japanese Ministry of Cultural Affairs announced the winners on Sunday, Mar 13, 2022.

All the award winners in the Animation Division and Manga Division include:

The Japan Media Arts Festival is an annual festival held since 1997 by Japan’s Agency for Cultural Affairs. The festival begins with an open competition and culminates with the awarding of several prizes and an exhibition.

Based on judging by a jury of artistic peers, awards are given in four categories: Art (formerly called Non-Interactive Digital Art), Entertainment (formerly called Interactive Art; including video games and websites), animation, and manga. Within each category, one Grand Prize, four Excellence Prizes, and (since 2002) one Encouragement Prize are awarded.