The movie is set to release in Japan in November 2022. 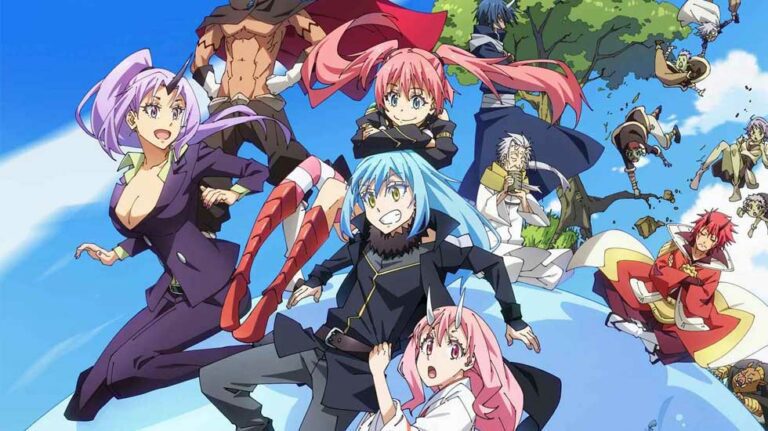 Streaming giant Crunchyroll announced on June 29, 2022 that it will screen That Time I Got Reincarnated As a Slime: Scarlet Bond (Tensei Shitara Slime Datta Ken: Guren no Kizuna) movie in “all major global territories” (except Asia) in early 2023.

The movie will be based on an original story scripted by the author of the light novels, Fuse. The plot will center on events after Rimuru Tempest, a slime, became a demon lord to save those close to him.

The plot of That Time I Got Reincarnated As a Slime: Scarlet Bond can be summarized as follows:

Rimuru and his companions get entangled in a conspiracy revolving around the mysterious powers of the queen of Raja, a country to the west of Demon Kingdom of Tempest. At the same time, Rimuru and Benimaru encounter Hiiro, a survivor of the ogre tribe, who used to consider Benimaru as his brother.

A new PV and a key visual featuring the major characters from the movie and the new character Hiiro were released. The Slime movie is being animated by Studio 8 bit.

That Time I Got Reincarnated as a Slime light novels, also known as TenSura, are written by Fuse, and illustrated by Mitz Vah. The story is about a salaryman who is murdered and reincarnates in a sword and sorcery world as a slime with unique powers and gathers allies to build his own nation of monsters.

Nineteen volumes of the light novel have been released as of November 2021. The light novel has been licensed in North America by Yen Press, who published the first volume in December 2017.

An anime adaptation by by Eight Bit aired from October 2018 to March 2019. That Time I Got Reincarnated as a Slime Season 2 aired from January to September 2021.