Both manga will debut in the magazine's next issue on May 25. 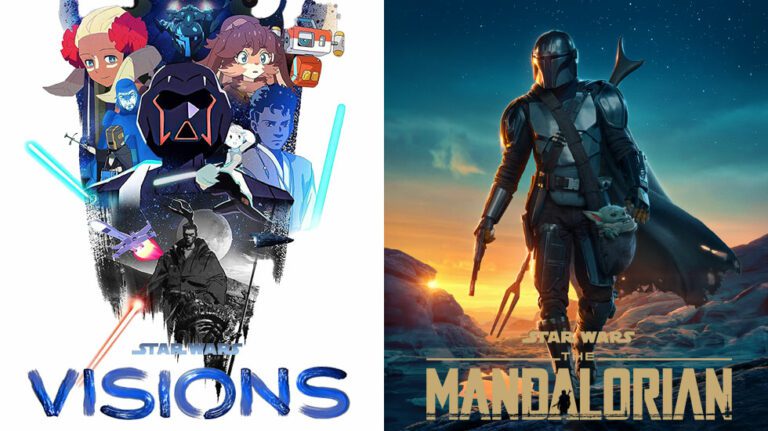 Square Enix’s Big Gangan magazine’s May issue revealed on Monday, April 25, 2022, that two of Star Wars’ most popular spinoff series, The Mandalorian and Star Wars: Visions, would each be getting their own manga adaptation.

Both manga will debut in the magazine’s next issue, which is scheduled to be published in Japan on May 25.

Artists involved in the adaptation for Star Wars: Visions include:

Ōsawa will also draw the manga adaptation of The Mandalorian.

Star Wars: Visions is a collection of nine animated shorts created by Japanese animators and studios. The shorts were made by Trigger, Kinema Citrus, Kamikaze Douga, Science SARU, Production I.G, and Geno Studio. In September 2021, the anthology premiered on Disney+.

The Mandalorian is the first live-action television series set in the Star Wars universe, and it premiered in 2019. Set after the events of Return of the Jedi, the show follows the exploits of a renowned bounty hunter who tries to keep the Mandalorian warrior culture alive while surviving in the chaotic, lawless era that follows the Empire’s defeat. After he discovers Grogu, a young Force-sensitive boy who is being hunted by the remnant Imperial soldiers and other bounty hunters across the galaxy, the bounty hunter’s solitary existence changes. The first series was well-received, and it will be renewed for a third season in late 2022.