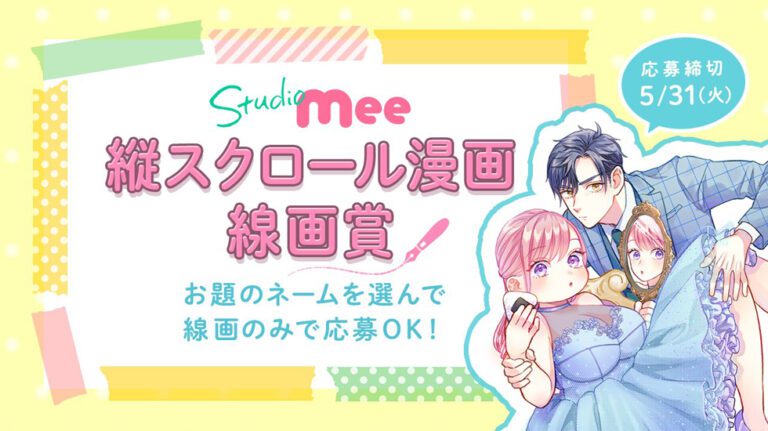 Studio Mee started its operations with a new serialization titled, Pochatto Koi wo Meshiagare!, based on the original story by Yoshiko Hokimoto, the storyboard by Shika, and the line art by Tanaka and Studio Mee.

More works are scheduled to be released after the summer of 2022.

Applicants can submit their works by May 31, 20:29. Grand Prize winner will receive a sum of 100,000 yen and a chance to serialize their work as a vertically scrolling manga on Manga Mee.