It is the first attempt of "Shonen Jump +" for releasing numerous series with an extra edition on one united theme. 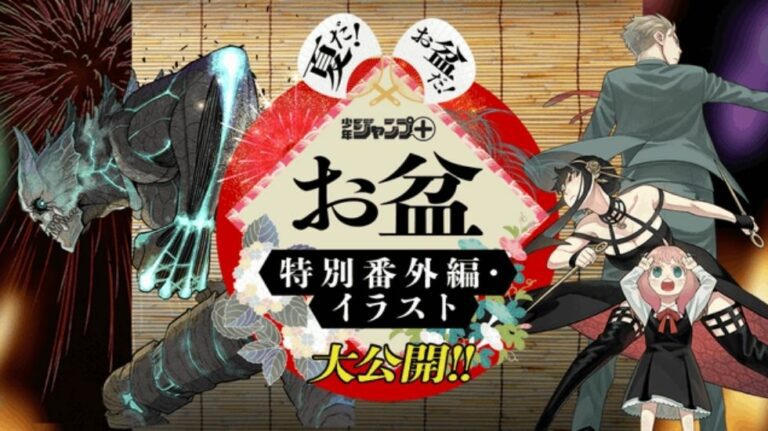 The manga app “Shonen Jump+” started a special Obon project on 14th August, in the spirit of honoring the ancestors at the Obon festival that is been celebrated from August 13th to 16th, this year.

Drawings and special extra editions and illustrations on the theme of “Obon” of 20 popular series are available on the special site of the app.

It is the first attempt of “Shonen Jump +” for releasing numerous series with an extra edition on one united theme. The editors at Jump+ selected 20 works with themes and motifs that are perfect for summers, such as yukata and horror. With crude humor, Jump+ has also marked the “scary” editions with a kanji for the ease of the readers.

Popular serialized works such as “Kaiju No. 8”, “SPY×FAMILY”, and “Dandadan” have participated in this theme that shows a different side of the characters in this new setting going astray from the main story.

In addition, a free public campaign of popular horror manga serialized in “Weekly Shonen Jump”, “Shonen Jump+”, and “Jump SQ.”, such as “Jigoku Sensei Nube”, “Karadasagashi”, and “Shiki”, will be held. Among them, the popular work will be available on “Shonen Jump +” for free for three days
only.