Doga Kobo previously reported that the company will be closed from April 6 to 17.

The official website and Twitter account for Shikimori’s Not Just a Cutie (Kawaii Dake Ja Nai Shikimori-san) TV anime announced on Friday, May 13, 2022, that the series will experience some episode delays owing to the brief closure of Studio Doga Kobo in April following a rapid increase of COVID-19 infections among staff members.

The new episode schedule is as follows:

Doga Kobo previously reported that the company will be closed from April 6 to 17. They stated that “the Shikimori production committee is determined to carry on with the production of the show with the health and safety of the staff and cast as our top priority.”

The first episode of Shikimori’s Not Just a Cutie aired on April 9 on Asahi Broadcasting, TV Asahi, and 22 affiliated networks on the ANiMAZiNG!!! TV block. It was originally scheduled to broadcast on April 2 but was postponed to April 9 due to “organizational reasons.”

Shikimori’s Not Just a Cutie is a Japanese romantic comedy manga series by Keigo Maki. It has been serialized on Kodansha’s Magazine Pocket website and app since February 2019. The manga is licensed in North America by Kodansha USA.

Kodansha Comics describes the story as:

Shikimori seems like the perfect girlfriend: cute, fun to be around, sweet when she wants to be… but she has a cool dark side that comes out under the right circumstances. And her boyfriend Izumi loves to be around when that happens! A fun and funny high school romance with a sassy twist perfect for fans of Nagatoro-san and Komi Can’t Communicate! 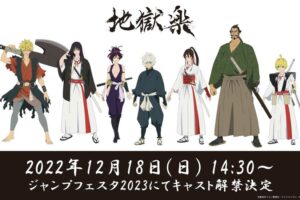