Record Of Ragnarok Season 2 To Release On Netflix

The season 2 of Record Of Ragnarok anime was announced back in August 2021. 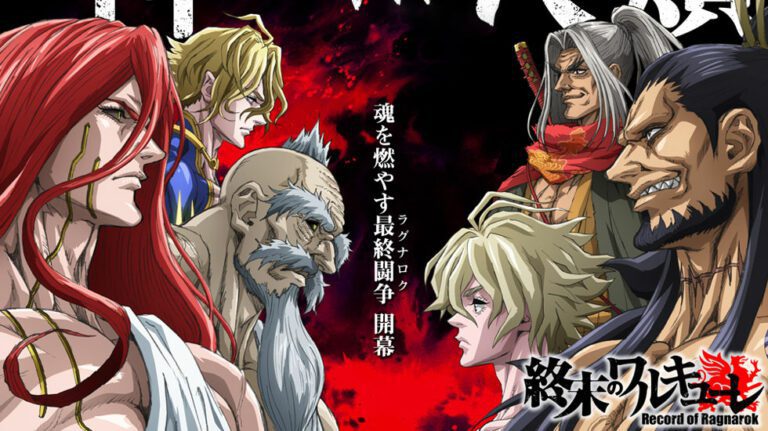 A new visual and 2023 release date was revealed on Monday by Warner Bros. Japan for Record Of Ragnarok season 2 anime. The anime is based on the manga “Shumatsu No Walkure” by Shinya Umemura, Ajichika, and Takumi Fukui.

Check out the visual here:

The anime also has a panel in the upcoming Anime Expo in July. The staff will be revealing more info on the anime during the expo.

The season one of the anime released on Netflix in June 2021. While the anime aired on Japanese TV in October 2021.

The season one of the anime was banned from Netflix India due to the portrayal of Shiva and other Hindu Gods in the anime. Thus hurting religious sentiments of the consensus.

The first season of the anime was directed by Masao Ookubo at Graphinica studio. The series composition was undertaken by Kazuyuki Fudeyasu. While Masaki Sato designed the characters, Yasuharu Takanashi looked after music composition.

The Record Of Ragnarok manga was launched in Comic Zenon magazine in November 2017. The story is written by Umemura and Ajichika handles the art. The composition is done by Fukui.

The season 2 of the anime is also to be produced by Graphinica. It was announced back in August 2021 due to huge positive response from the audience.

7 million Years of Human Civilization is coming to an end…

Every 1000 years, all the Gods of the world gather in heaven to attend the “Conference of Mankind Survival”.
All the Gods agree to bring an ultimate end to the mankind due to their past foolish acts but before the final verdict is made, Brunhild, the eldest of the 13 Valkyrie sisters make and objection.

“To spice things up, why donʼt you test humans?”

Her proposal was to have God vs Humanityʼs final struggle also known as the “Ragnarok”, where all the Gods from the world and champions from the entire human history enters 1 on 1 battle. The first team to win 7 battles out of 13 will be the winner.

It seems almost impossible for the humans to win against the Gods.
Although Gods sneer at them, Brunhild makes further provocation;

“Are you chickening out?”

That touches Godsʼ nerves and they accept her proposal in anger.
Therefore, Brunhild and her sisters must choose 13 of the strongest champions throughout the human history.

Will humans surpass Gods and make an stop to the ultimate end?