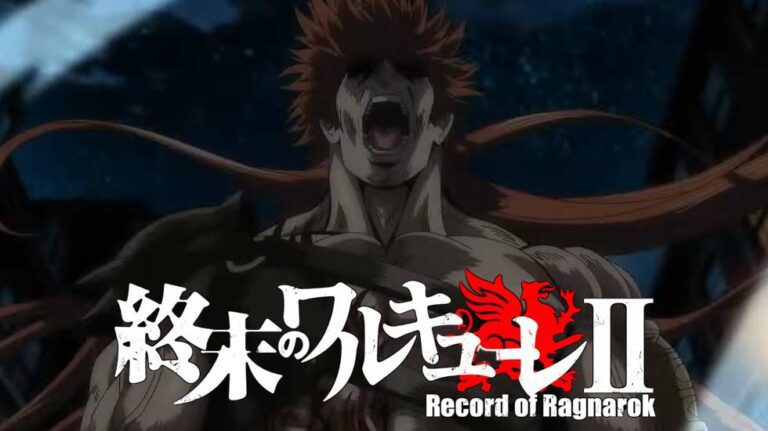 Hercules, Jack the Ripper, Raiden Tameemon, Shiva, and Buddha can be seen in the second part of the trailer.

The website also revealed the key staff that are working on Record of Ragnarok Season 2, with Masao Okubo returning to direct the series at Graphinica x Yumeta Company. Other key staff from Season 1 too are returning for the anime’s sequel.

In addition to the returning staff, Yuka Yamada will be joining to assist Kazuyuki Fudeyasu with the series composition for Record of Ragnarok II.

Previously a new teaser visual was revealed for Record of Ragnarok Season 2. The sequel of the anime was announced in 2021, after season 1 streamed.

The anime will stream worldwide on Netflix in 2023.

Director Okubo said that the staff was working hard to create an anime that will be enjoyed by everyone.

“The second season of Valkyrie of the Apocalypse has been waiting for you! A fierce battle in the heavenly realm between Hanzoku and Shaka, born from their pre-life history and conflicts! Confrontation in the nightlife of London. A battle of wills between men in the ring. Friendship and trust born in battle. The feelings of the friends who watch over them. There is a lot to see in this show! Our staff is working hard to create animation that will be enjoyed by everyone,” Okubo’s comment read.

Producer Jun Urushiyama gave his comments on the second season of the anime:

“It was the first time for me to work with Director Okubo during the first season. I think we were exploring each other’s ideas as we created the work. However, this is the second season, and we now have a better understanding of how the director would like us to create the pictures he wants. We are making adjustments to realize the director’s points of particular interest. I hope you will pay attention to the overall atmosphere and action on the screen in the second season.”

Record of Ragnarok (Shumatsu no Valkyrie) is a manga written by Shinya Umemura and Takumi Fukui and illustrated by Ajichika. It began serialization in Coamix’s seinen manga magazine Monthly Comic Zenon in November 2017.

An original net animation by Graphinica aired on Netflix in 2021.