Re: Cycle Of The Penguindrum Movie Unveils Trailer, Theme Song 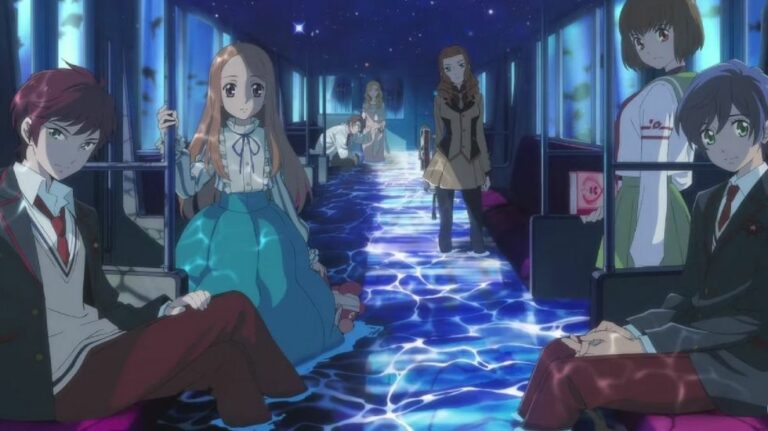 The official website of the 2011 TV anime Penguindrum (Jap: Mawaru Penguindrum) unveiled a new trailer for the 2nd part of the compiled movie Re: Cycle Of The Penguindrum on Monday, Mar 21, 2022. The trailer featured new characters and revealed the theme song for the film.

The trailer revealed that Sumire Uesaka will be joining the cast of the movie to voice Princhu Penguin.

The other cast of the movie includes:

The two part movie Re: Cycle Of The Penguindrum is a 10th Anniversary project of the 24 episode TV anime series helmed by one of the original authors Kunihiko Ikuhara and the character design is done by Lily Hoshino. The anime movie is produced at studio Brain’s Base.

The film, Re:cycle of the Penguindrum, will reconstruct all 24 episodes and feature new scenes. The first part will drop on April 29, 2022, while the 2nd part is set to release in Spring this year.

Penguindrum, known in Japan as Mawaru Penguindrum, is a 2011 Japanese anime series produced by Brain’s Base. The series is written by Kunihiko Ikuhara and Takayo Ikami, was co-directed by Ikuhara along with Shouko Nakamura, and was broadcast in Japan from July 8, 2011 through December 23, 2011.

A manga adaptation of the anime by Isuzu Shibata began serialization in Comic Birz on May 30, 2013 and ended on January 30, 2017.