The Author said he's looking forward to seeing what kind of new side the Anime will show. 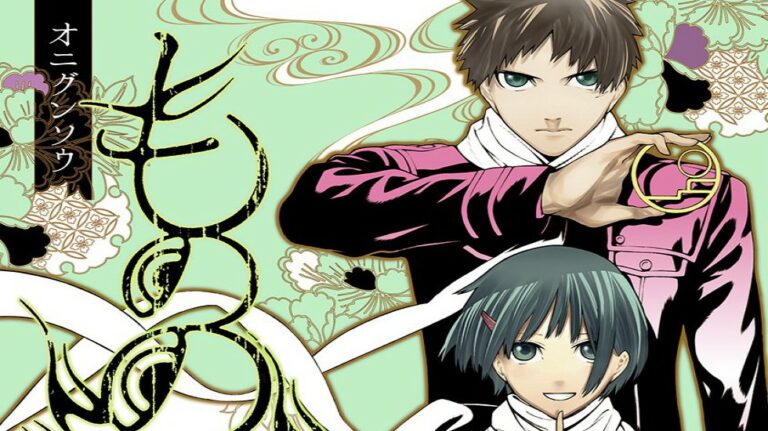 The author added the following comments on the occasion:

Thanks to the support of many people, “Mononogatari” will be adapted into an anime. I’d like to thank all the readers who have supported, and all the people who have been involved in the manga. Even though I drew the voices and movements in the manga, I couldn’t visualize them all, so I, who is the author, am looking forward to seeing what kind of new side the anime will show, as one of the viewers. The manga will keep going strong as well, so please support both the anime and manga!

Onigunsō also drew 2 illustrations to celebrate the announcement. One of them is embedded above in the Tweet and the other is posted below:

Botan and Hyoma, the two protagonists, are depicted in the first illustration. The people in the backdrop are a bunch of nasty tsukumogami that hunt other tsukumogami.

The second illustration depicts all of the tsukumogami who reside with Botan. They’ve known her for years and formed a bond with her. In her home, you can find a wide spectrum of spirits, from infantile to cute to tsundere.

Specifics, such as people involved in the production, a start date, or the length of the series, are unknown at this moment. We will, of course, keep you informed as soon as fresh information becomes available.

Synopsis of the plot: As objects age, they rust and develop a “heart,” transforming them into “tsukumogami.” Hyoma Kunato, a young man who despises tsukumogami for stealing his treasured human being. Botan Nagatsuki is a little girl who lives with and adores the six tsukumogami. The two meet and live together in Kyoto, a thousand-year-old metropolis, beneath a roof where all three parties converge and face a terrible future. Things and people. A “tsukumono” story about friendship and love.

One can find many a similarity between this series and the famous Monogatari, but at the same time, there are many differences.

Mononogatari was penned down by Onigunsō and first serialized in Shueisha’s Miracle Jump from 2014 to 2016, then has moved to the publisher’s Ultra Jump since its February 2016 issue.

The official Shogakukan-Shueisha Productions mentions that: