A total of seven music videos of songs sung by Uta in the movie will be released. 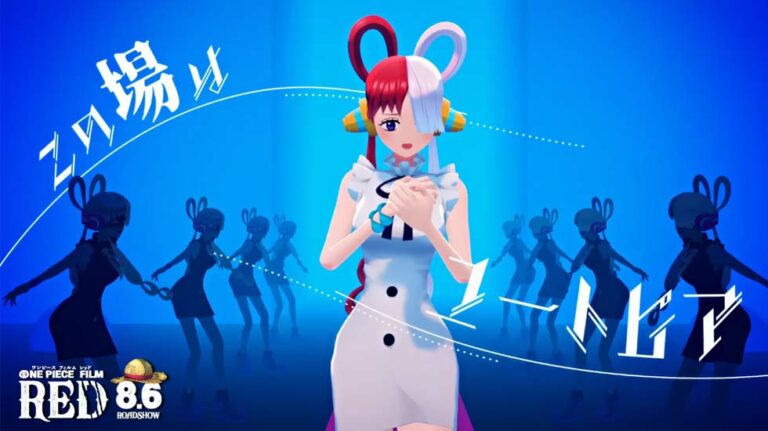 The official YouTube channel of One Piece revealed the teaser MV for the song “Utakata’s Lullaby” from One Piece Film Red. The song is composed by Fake Type and will be sung by Uta’s voice cast Ado.

Wotakichi, a video director who specializes in character animation using motion capture, is in charge of directing the music video of Utakata’s Lullaby.

Fake Type said that they decided to create and extremely crazy song as the director, Goro Taniguchi, wanted them to write a song that could brainwash listeners.

“The director asked me to write a song with a peculiar brainwashing effect, so I decided to create an extremely crazy song. I wanted to bring out Ado’s cool singing voice in a crazy rap song,” Ado commented on the song. “It turned out to be a very comfortable song.”

This is the fourth teaser MV of Uta’s song from the movie, out of the seven that will be released as part of the Uta Project.

The complete music video for Utakata’s Lullaby will be released on Aug 6, 2022.

A total of 7 songs will be featured in One Piece Film Red, namely “I am the strongest” composed by Mrs. GREEN APPLE, “Backlight” by Vaundy, “Tot Musica” produced by Hiroyuki Sawano, “Continuing the World” by Yuta Orisaka, “Utakata Lullaby” by FAKE TYPE and Motohiro Hata’s “Kaze no Yukue”.

All of Uta’s songs in the movie are sung by Ado.