The latest Noragami Chapter 94.2 review focuses on Nora spilling her past to Hiyori while Yato almost cuts Fujisaki's head off! 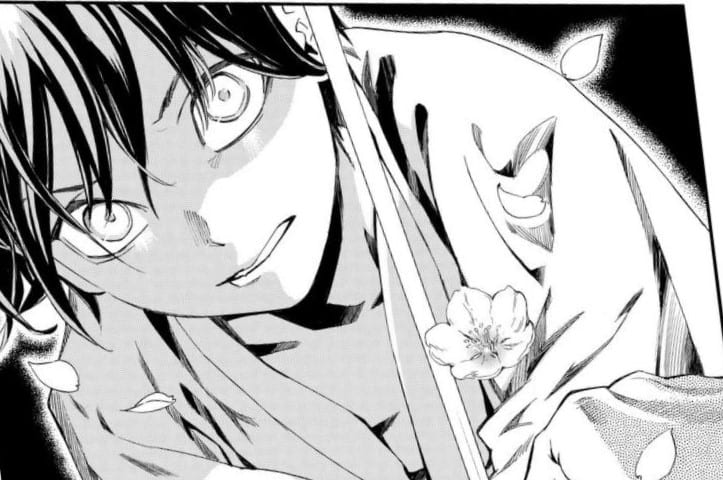 It is time the long stretched squabble between Father and son finally came to an end. In the last chapter, we were worried Father might overthrow Yato by a landslide, but our delivery god seems to have everything under control. All we are waiting for is closure from our silver-haired loli(too far?), Amaterasu Oomikami.

After consecutive chapters of intense fighting, the flashback from Hiyori and best girl Nora’s conversation was definitely a change of scenery. However, in a bigger picture it didn’t have much real content in terms of pushing the plot ahead. Instead, things just got more confusing and the suspense is killing me!!

There was nothing about Yuka or the letter that Yukine wrote, or any updates on what happened to Chibi Ebi and Take’s boat ride. I guess we gotta wait another month…

Well enough dilly dally, let’s get to unpacking Noragami Chapter 94-2, shall we?

Honestly, there have been a lot of theories and speculations going on about our favourite Nora-chan’s past for the past couple of years. Some said she was Father’s dead daughter or even a “Hitobashira(Human pillar)” buried alive inside large-scale construction projects.

In the recent chapter 94.2 of Noragami Adachitoka revealed that she was a “Mizuko(水子)” a dead infant tainted by an ayakashi. It was only after Father named her, thanks to Koto no Ha that she found her existence. Ironically, the crafter was exactly looking for such an untainted pure soul to do his bidding amongst the useless herd.

No wonder why Mizuchi always stuck to Father and why Father used to refer to Yato and her as his children. He gave birth to both of them and shaped them from scratch. The unsettling past that Mizuchi boasts to be her best days as a Shinki shows how highly malleable she was. However, there was a limit to what the Crafter could do with Chiki. So, Yato was born.

Nora believes Father and Yato saved her because they gave her a purpose to exist. The purpose to cull. She has devoted herself to them to find her happiness and she also says she would love to do that again if she gets the chance. But something doesn’t feels right with the background. It is really witty of the mangakas if they tried to convey a hidden message about Nora through that graffiti spelling “LOSER”. Is this a hint that she is lying to Hiyori? Or is she lying to herself, covering up her loneliness because she knew Yato has changed and she is of no use to Father? Highly suspicious!

Not in a million years I was expecting Nora to blurt out about herself to Hiyori of all people. She seems to have grown softer. She showed care for Hiyori in her own sadist way. Maybe after reading Yukine’s letter she started yearning for a family too. Mizuchi is trying to grow close to Hiyori. I hope this will only add to their friendship and nothing ominous…

Anyways, the biggest question that comes to my mind from what I found from Nora’s past is if she had died before she was born, why does her shinki form look older? In an older chapter, it said that child Shinki never grows old. They only become more mature with time. So, does this mean the Shinki form of Mizuchi is the age collected as her being an ayakashi? I really need a clear answer to that...argh!

In Chapter 94-2 of Noragami, we did see Hiyori but at the same time, we didn’t. She didn’t really get any dialogue bubbles, and one of her dialogues overlapped with Sakura’s panel. Are you thinking what I am thinking? Were we right all along?

Adachitoka is one of the best and definitely underrated authors of all time and I respect them for their masterful storytelling with the help of foreshadowing. It is not a secret that fans had always speculated that Hiyori is the Near Shore incarnation of Yato’s former Shinki. With this short appearance, the authors seem to have cleared that doubt.

Sakura was a short-lived spirit like the short season of cherry blossoms. She wanted a lot to convey to Yato in her short life but fate befell her. But, her death has greatly affected Yato. The way Hiyori has protected him influenced him, gave Yato a new path. He chose to become the God of Happiness, to be worthy of a shrine only for her.

That said, things aren’t looking good for Yato’s #1 follower. But despite her condition, Hiyori is determined to find Yato and Yukine and bring them back home. However, if she continues to ignore her health, then I am assuming instead of solving problems she would end up creating more of them.

Before I go rant out at what an awesome climax this chapter had, take a look at this beautiful panel full of symbolism Adachitoka has presented us with. Even though I can only praise the artwork of this panel, Tumblr user @ara-mitama pointed out the significance of how a sakura flower is hovering on Yato’s heart through the eyes of trash-dad. Cries in Yato and Sakura’s fun times…

Yato and Fujisaki continued their face-off in the latest chapter of Noragami. While the previous chapters left us at dead-ends when it came to their fight, this chapter was the closest we ever get to a resolution.

Even though I was scared for Yato in the previous chapter and thought Trash-dad is definetly among the top Gods, the latest chapter slapped me in the face. Yaboku faced his dad with a newfound devotion and left his dad grasping for straws.

Yato seemed to have reverted to his old God of Calamity self; but only to shed it once and for all.

He looks like a kid in this scene because that’s how Trash Dad always saw him till now. The panel where Yato looks like his former self surrounded by scattered cherry blossoms is a turning point for Father.

The scattered petals are a reminder to him that he took away a part of Yaboku to create a helpless, traumatized, innocent child. He might not be guilty but surely he remembers what he has done. He understands now, that Yaboku is no longer a child he can control. And that scares him very much.

His overconfidence has gave birth to Yatogami today and so he must get ready for his divine punishment. Serves him right!

Ah what a beautiful panel. I believe Adachitoka made Yato use the phrase “Yaboku dies with you” to create a deeper sense of suspense. It might be a metaphor for the death of Yato’s childhood and the birth of the God of Happiness.

Well, as per the fight portrayed in this chapter, surely the sudden powerful moves surprised me! Who knew Yato could intimate Father like this! (Well I knew it in my heart, fufu. He is a literal God for crying out loud!) Could this mean Yato’s strength is more than what he lays out in open? But how could a minor God be so powerful?

If you are having the same question as me, then we have two probable conclusions:-

a. Yato is not a minor god at all. Could he be Tsukuyomi then?
b. The power of Father’s wish is beyond our comprehension.

However, I reckon things will get more interesting as the chapter ends with sun rays peeking over the horizon. Kazuma really didn’t have a major appearance in this chapter, very sad. The full attendance of the subjugation squad is a possible panel for the next chapter. And it is also absolutely not surprising if Father doesn’t die so soon and so easily. Either Ama-chan or Hagusa or Bishamon might interrupt Yato, which might save Trash-dad in the nick of time.

Even though we got to see some other characters other than the father-son prolonging duel this time, the joy was short-lived. I really miss Chibi Ebi and Takemika and also Bimbogami and Co. They might be breaking some ground digging up Father’s past. The most wanted character was Hagusa though. I guess we will get some of him in the next chapter against Amaterasu and some terrific action scenes!

How did you like the new chapter? Are you curious about who are the new gods joining the subjugation like me? What will happen to Hagusa? Will Yato disappear? Too many question still unanswered! Comment down below with your opinions on Noragami Chapter 94.2. 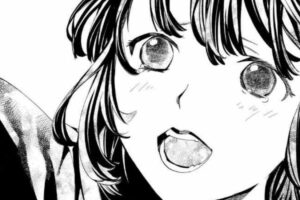