On IMDb, Bubble anime is rated 6.6 while on MyAnimeList the original anime film is rated 7.41. 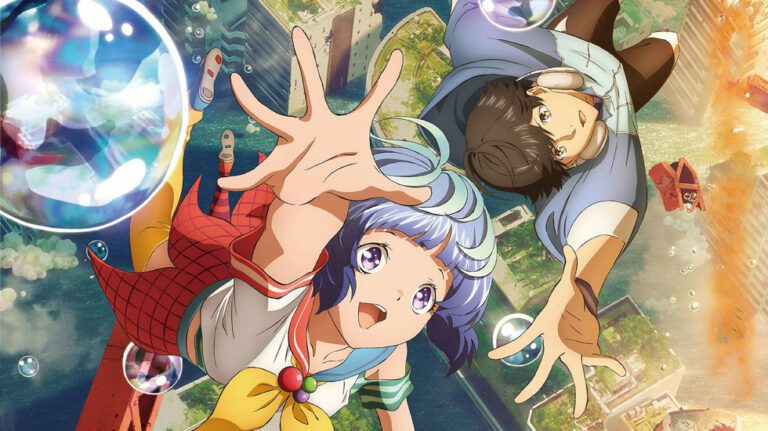 Wit Studio’s new original anime film Bubble which was released on Netflix on April 28, 2022, came under a lot of criticism regarding its storyline.

Fans on various social platforms and comment forums reviewed the feature film as a brilliant example of animation and music but lacking in the storyline. Some Japanese fans rained harsh criticisms and called the movie “boring”.

A particular fan @mangagenki reviewed the film and commented that “I think this is the best teaching material for creators” to better themselves while making content.

The review translates as:

“Netflix’s “Bubble” is amazing. It has beautiful characters with amazing action, beautiful art, and good music …But it didn’t stick in my heart even for a millimeter. Not one moment was fun.
I think this is the best teaching material for creators.What shouldn’t be done? What should be done?
It is better to watch and discuss these things with the creators”

Bubble on Yahoo! Movies is rated 1.7 with the comment section flooded with unsatisfied fans of the movie.

Audiences cannot be convinced by the beauty of images and music alone. It may be interesting for parkour lovers, but I wanted to enjoy the movie with the original story. Uta isn’t cute anymore, and this movie will be doomed.

“It was a garbage-like work, and I was watching it while checking the end rolls, thinking that these people were slowing down Japanese entertainment. No one has any sense. Some people say that the art is good, but watch the anime properly. Look at other movies. Can this be called a good movie? If you gather some staff and pay for it, you can make this much, and if they think this parkour-like concept worked positively for the whole work, it didn’t work at all. Rather, getting money from America = Netflix to make such garbage is blocking the way for future Japanese creators, and it is only harmful. A work that made me feel that Japan is really over. All the staff, let’s put it on the NG list if you see it in the future.”

In fact, at one point, “Bubble review” and “Bubble boring” turned up to be search terms on Twitter following the Netflix release.

Some fans globally described the movie as only “okay”-ish.

On IMDb, Bubble anime is rated 6.6 while on MyAnimeList the original anime film is rated 7.41 as of writing.

Previously, Wit Studio’s Bubble released a new trailer giving more insights into the story of the movie. Furthermore, the film is being adapted into a manga.