Chapter 270 of My Hero Academia made a major reveal about Shigaraki’s quirk which would undoubtedly put the heroes at risk in the upcoming chapters. In the last chapter, it seemed as if Shigaraki won’s survive after the tank in which he was being held was destroyed.

However, in the latest chapter, we see that Shigaraki is still alive and surprisingly is in possesion of a very powerful quirk which we didn’t want him to have.

The following article contains spoilers for My Hero Academia Chapter 270. You might want to read the chapter first on Viz.com before reading the article!

My Hero Academia Chapter 270 starts where the previous one left off with Mic dragging Doc outside after blasting the tank holding Shigaraki Tomura with his Voice Blast. Mic leaves X less incharge of Tomura’s body who seems to be in a dead state. X less notices the tank isn’t completely destroyed and goes on to destroy it. Meanwhile the doctor starts ranting about how the world turned its back on him seven decades back when he mentioned the Paranormal Singularity theory.

According to him no one believed him until All For One came along. He helped the Doctor using his own Quirk who seemed like a God to the Doc with a smile of Buddha Himself. This shows how much the Doctor is influenced by AFO and his twisted ideologies. Being compared to God himself is something AFO has always wanted to be and this is how he wishes to be seen by the world. It’s this superiority complex that makes him immensely dangerous along with his powers.

The Doctor further explains to Mic how he managed to live this long. It is thanks to his Quirk “Life Force” which gives extended durability and life by sacrificing Physical Mobility. Although the Quirk in him right now is just a copy of his original Quirk. AFO took his Original Quirk and made it his own and gave him the copied one by using one of his stolen quirks which can replicate quirks. This discussion about quirk duplication does foreshadows the impending doom in the chapter. However, it is not until much later we find out what really has happened to Tomura.

What has happened to Shigaraki Tomura:

As Doc keeps on blabbering, Mic is getting filled with rage and his anger further intensifies when Doc tells Mic that he wanted to get Eraser Head back but had to settle on Kurogiri instead. As Mic is taking Doc outside, we see what Tomura is experiencing inside his head. He is at his childhood home with his sister and rest of the family. He feels compassion towards them and his family is trying to apologise to him for whatever they did.

His mother calls Tomura by his real name Tenko and asks him whether he still wants to be a Hero to which the Villain says that it’s not needed now and is disturbed by the presence of his father whom he again disintegrates in mere seconds. All of a sudden AFO comes there to rescue Tomura from his mind by using Kurogiris Quirk and Commands Tomura to come to him right then. As Tomura starts walking towards AFO his entire family, even Nana Shimura the 7th user of One for All is shown trying to stop him but only to fail.


The Doctor still explains things to Mic about how AFO foresaw his eventual Downfall and that’s why he chose a successor for his plans for the world as well as for his own Quirk “ All For One”.

How does Tomura possesing All for One change things?

This is a huge turnover since the recent chapters. With this Shigaraki Tomura is nowhere near a mediocre villain now, who can be defeated or even played by the others. He is the strongest there is right now at the moment. As X less carries Tomura outside they are caught in an electric shock which is caused by a live wire touching all the water around. This electric jerk might wake Shigaraki up and could very well be the end of X less.

This is further implied by the Kohei Horikoshi by showing us Midoriya feeling the presence of All For One. With this intense twist in the story which has happened so suddenly. It not only puts Deku under immense pressure as he has to prepare to fight not one but two users of All For One in the near future. Yes, you read it right. The real AFO isn’t quirkless right now he used the Duplicating Quirk on himself and has kept the Duplicate AFO for himself meanwhile passing on the real one to Tomura. With this we can say that there are going to be lots of epic fights amongst the Heroes and Shigaraki.

With the Tomura’s team also getting an upgrade to their quirks they are also amongst the most powerful people around. Especially Toga who can now not only replicate the physical attributes of her victims but also their Quirks. Also, with Tomura having no range limit to his Disintegration Quirk with this itself he was overpowered enough but now with AFO with him. There is no saying what Tomura can do and will do.

The closest to him is X less right now, whom we all can assume to be dead because as Shigaraki awakens he will destroy him. That’s now the worst part. Close to Shimura is none other than the current number one hero, Endeavour. Could this be the end of Endeavour? Or could he find a way to fight without having his quirk Stolen? Will Deku join this fight? Or will he along with us all watch Endeavour get blown to smithereens? Will All Might intervene? So many questions…very few answers. This is gonna be EPIC. With this it might make Boku No Hero take its well deserved space in the Big Three. 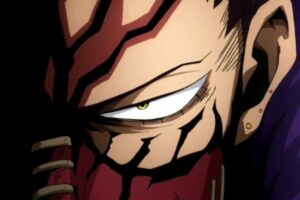 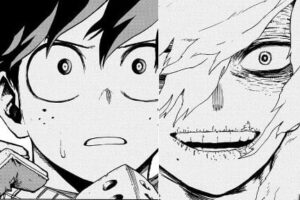 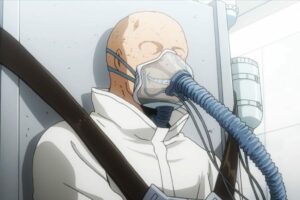 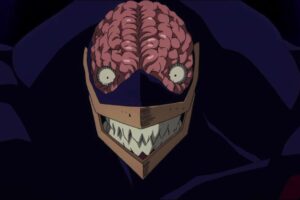 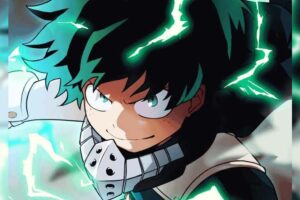 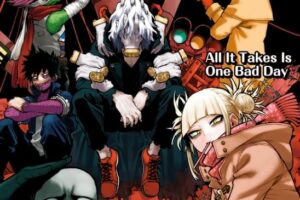