The manga exceeded a cumulative circulation of 65million copies worldwide 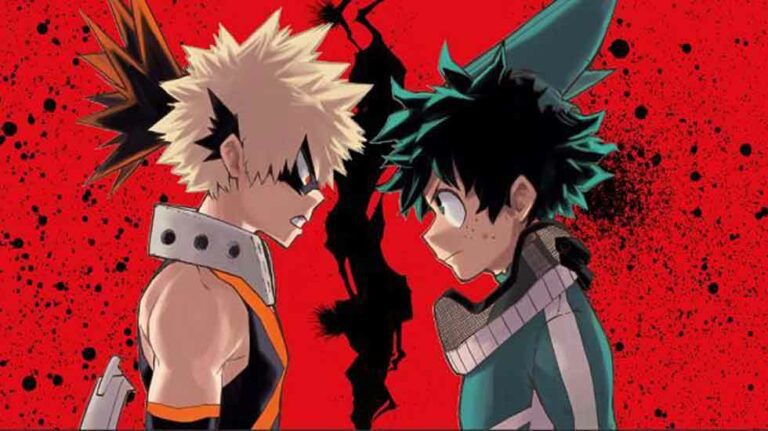 The manga has a cumulative circulation of 45 million in Japan, and 20 million copies outside the country. This includes digital copies as well as copies in print (sold and unsold).

My Hero Academia manga is also ranked #3 in the highest circulation numbers in the ongoing series list in Weekly Shounen Jump.

To commemorate the release of the latest 33rd volume on Feb 4, 2022, Shueisha is streaming a trailer of the volume on Jump’s official YouTube channel.

Alongside the new volume, some stores in Japan will distribute three special “pin-up” images drawn by author Kouhei Horikoshi with Izuku Midoriya (Deku) and Katsuki Bakugo, Deku and Tenya Iida, and Deku and Ochako drawn in pairs.

The Top 5 series with Highest Weekly Shounen Jump Circulation till Jan 7, 2022, are: