The anime will be broadcast on 28 MBS/TBS affiliated channels every Sunday at 5:00 pm JST from October 2022. 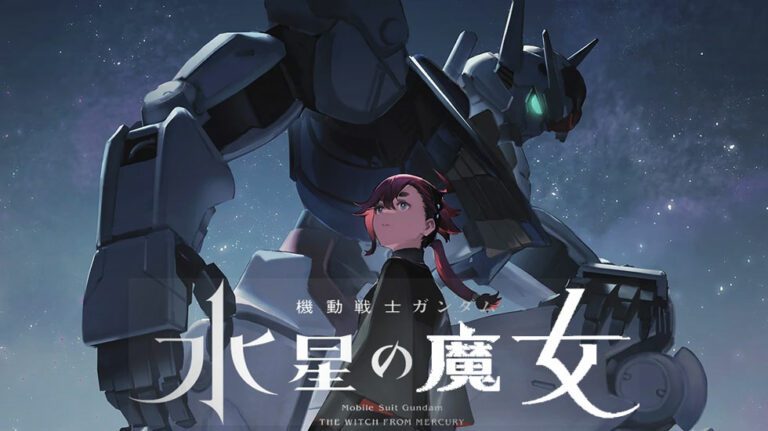 The staff for Mobile Suit Gundam: The Witch From Mercury revealed two main cast members for the series on their official website on July 14, 2022.

The website, moreover, also released comments by Kana Ichinose and Lynn regarding the characters they will be playing in the series.

“I think that there are really many people who are looking forward to the new Gundam series TV animation for the first time in 7 years and the first female hero. Meanwhile, I didn’t think that the day would come when I would play the leading role in Gundam. Suletta-chan, who I play, is introverted and has a little weakness in communication, but that kind of thing is easy to get close to, and I played while sympathizing with the audition. And I really like the part where I try hard to convey my opinion and the part that gets cool when I ride Gundam. I will play as hard as I can. Enjoy how Gundam works at the school!”

“The new production of the Gundam series was announced, and I learned that it was a different approach than before, so I had great expectations and went to the audition with more enthusiasm than usual. I will be entrusted with the role of Miorine, and I feel the joy of fulfilling one of the dreams I wanted to fulfill someday, and at the same time, I feel that I will be tightened with a heavy responsibility.
I would like to do my best to face and express Miorine’s complex feelings such as her anger and desires, and to deliver wonderful works to everyone.”

The official twitter account for Mobile Suit Gundam: The Witch From Mercury also unveiled a new PV for the series.

The anime will be broadcast on 28 MBS/TBS affiliated channels every Sunday at 5:00 pm JST from October 2022.

The following staff have been announced:

The series is being animated at Bandai Namco Filmworks.

The official website describes the premise of Mobile Suit Gundam: The Witch From Mercury as follows:

An era when a multitude of corporations have entered space and built a huge economic system.
A lone girl from the remote planet Mercury transfers to the Asticassia School of Technology,
run by the Beneritt Group which dominates the mobile suit industry.

Her name is Suletta Mercury.
With a scarlet light burning in her pure heart,
this girl walks step by step through a new world.

“Prologue” will then be available for streaming at several “GUNDAM NEXT FUTURE” events that will be held at different parts of Japan.

Gundam is a mecha media franchise created by Yoshiyuki Tomino and Sunrise (now Bandai Namco Filmworks). The franchise features giant robots, or mecha, with the name “Gundam”. The franchise began on April 7, 1979, with Mobile Suit Gundam.

Since then, it has gone on to spawn an empire that includes 50 TV series, films and OVAs as well as manga, novels and video games, along with a whole industry of plastic model kits known as Gunpla which makes up 90 percent of the Japanese character plastic-model market.