The anime is set to release in Japan in October 2022. 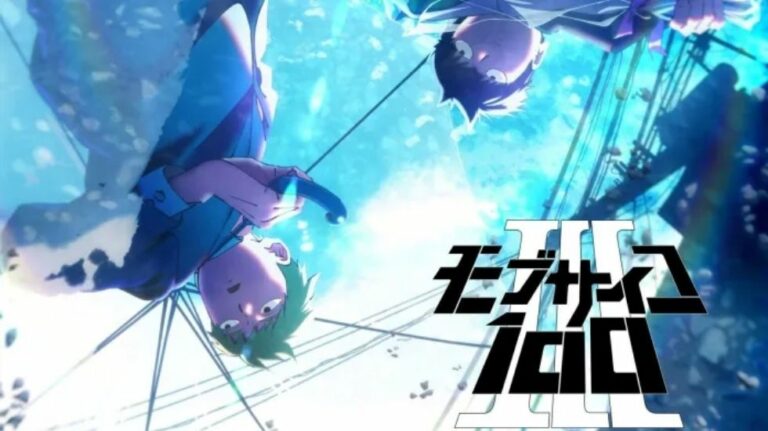 The two sides of Mob can be seen in his reflection in the upside down pool of water.

Additionally, during the anime’s panel at Anime Expo 2022, Mob Psycho 100 Season 3’s opening song too was revealed. Mob Choir will be returning to the franchise to perform the opening theme song ‘1’. The full opening sequence was streamed at the panel.

Mob Psycho Season 3 will start streaming in Japan on October 2022. Crunchyroll will simulcast the anime in subbed and English Dub versions outside Asia.

The returning cast for Season 3 includes:

Mob Psycho 100 is a Japanese manga series written and illustrated by ONE. It was serialized on Shogakukan’s Ura Sunday website from April 2012 to December 2017. The manga’s chapters have been compiled into sixteen tankobon volumes.

The manga received an anime adaptation by Bones. The first season aired between July and September 2016, followed by a second season, which aired between January and April 2019.

A live-action adaptation of Mob Psycho from January to April 2018. A spin-off manga series, titled Reigen, was serialized in Shogakukan MangaONE app in 2018.

The series is described by Crunchyroll as such:

Kageyama Shigeo, a.k.a. “Mob,” is a boy who has trouble expressing himself, but who happens to be a powerful esper. Mob is determined to live a normal life and keeps his ESP suppressed, but when his emotions surge to a level of 100%, something terrible happens to him! As he’s surrounded by false espers, evil spirits, and mysterious organizations, what will Mob think? What choices will he make? The anime based on the original story by ONE, the idol of the webcomic world and creator of One-Punch Man, is coming your way with animation by leading animation studio Bones!