Sakakibara's Tiger & Bunny 2 manga is a part of the two manga adaptations that were announced as part of the anime's sequel releasing. 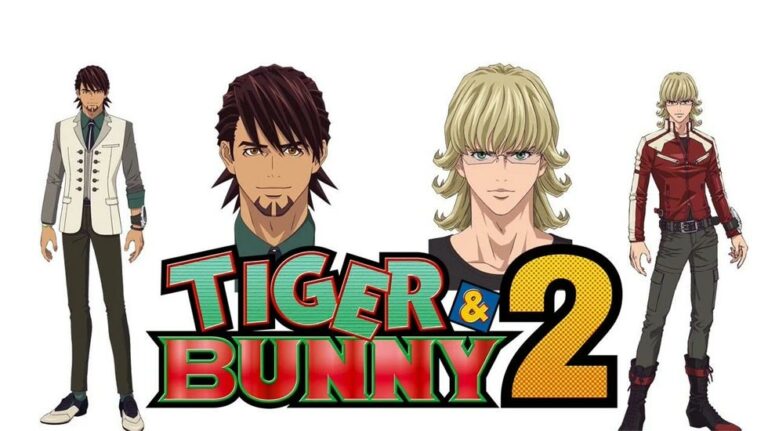 The manga adaptation of the second season of Tiger & Bunny anime, which is illustrated and written by Mizuki Sakakibara, will start serializing in Kadokawa Shoten’s Comic Newtype website from April 5, 2022, prior to the anime airing.

The manga is also apparently titled Tiger & Bunny 2, same as the second season of the anime.

The 1st and the 2nd volumes of Sakakibara’s manga were released today, on March 25, 2022. Comic Newtype will be offering a 150 page sample of the first half of Volume 1 on a limited basis till April 4, 2022. The 3rd and 4th volume of Tiger & Bunny 2 will be released in May and July respectively.

Sakakibara’s Tiger & Bunny 2 manga is a part of the two manga adaptations that were announced as part of the anime’s sequel releasing.

The other adaptation will be written by Erika Yoshida and illustrated by Hiroshi Ueda. The manga is titled Tiger & Bunny 2 The Comic, and it will begin serialization in Shueisha’s Tonari no Young Jump website on April 15, 2022.

The second season of the anime is being animated by Bandai Namco Pictures. It is scheduled to be released on Netflix on April 8, 2022, as an original net animation.

Tiger & Bunny is a 2011 Japanese anime television series produced by Sunrise under the direction of Keiichi Satou. The screenplay was written by Masafumi Nishida, with original character design by Masakazu Katsura. The series began its broadcast run in Japan on April 3, 2011, on Tokyo MX, followed by rebroadcasts on BS11 and MBS, and ended on September 17, 2011.

A one-shot manga drawn by Masakazu Katsura was published in Shueisha‘s Weekly Young Jump magazine on August 4, 2011, and the production of two films based on the series were announced during a special event in November 2011. The first film, entitled Tiger & Bunny: The Beginning was released on September 22, 2012. The second film, Tiger & Bunny: The Rising, was released on February 8, 2014.

Additionally, Rakuten Group’s blockchain business “Rakuten NFT” released NFT content using the characters of Bandai Namco Pictures‘ Tiger & Bunny 2 anime series. The NFTs were distributed free of charge at the “Tiger & Bunny 2 Precious Eve” event among participants on March 12, 2022. They will be released as a product from April 2022.