Minato’s Sage Mode Is Not A Plot Hole In Naruto Like Fans Believe! Here’s Why Ever since its anime started in early 2000s Naruto has always been the fan favourite for years altogether. Naruto characters have always been one of the most powerful characters in anime. One of them being Minato Namikaze, the fourth Hokage and the fastest shinobi ever. It can be argued that Minato is faster than both post war Naruto and Sasuke as he has Kyuubi Chakra Mode and Sage Mode with him.

These two abilities which Minato received were always considered an asspull and a glaring plothole in the anime and manga. Fans criticized Masashi Kishimoto for giving Minato the sage mode and tailed beast mode after being resurrected, claiming that he had not thought the plot over well. But that’s not the case, Minato’s power ups aren’t plot holes in the series at all (you could call them a wee bit of retcon though).

In this blog we’ll try to justify why Minato’s sage mode isn’t a plot hole or an asspull by Kishimoto. To understand that, we have to look into Minato’s past when he was training under Jiraiya and the moments of his death till his resurrection.

When did Minato Namikaze learn the Sage mode?

Minato was Master Jiraiya‘s student and under the latter’s guidance, he grew considerably strong. This made Jiraiya let Minato go to Mount. Myoboku to learn sage mode. This explains that Minato had the basic chakra reserves that was necessary to be able to learn Sage Mode. Minato started learning harnessing nature chakra and due to his higher intellect he even partially mastered it.

But there was a twist to this. Though he mastered the kneading and the form of Sage Mode, he was not able to withstand the sage mode for much long due to his chakra reserves not being as huge as Jiraiya’s or Naruto’s. Also there is a major difference in the fighting styles of these shinobis. Minato who is a speed fighter and relies mostly on speed to decide the outcome of the battle he’s in. He realized that sitting patiently at one place and kneading sage chakra didn’t suit his style. This made Minato to not put much hard work into Sage training or learning how to knead chakra as he moved (Naruto mastered kneading sage chakra while moving, by using his clones).

Another reason for his inability to practice was the constant wars Konoha was in during his lifetime. He had to be away from the country on missions which gave him very less time to practice and train.

Also when Naruto arrives to battle Pain, Fukasaku Sama compares his Sage mode with that of “those two” and his “predecessors.” Now many considering that Fukasaku was simply saying that Naruto was stronger than Jiraiya and Minato, but that is not the case here. He is clearly implying that has managed to master the Sage Mode better than both Minato and Jiraiya, meaning Minato was able to use sage mode.

Why didn’t Minato use the sage mode against Nine tails or Obito (masked man)?

Minato mentions that he is not very adept at using Sage mode and doesn’t use it in battles, mainly due to the time it takes for him to knead the chakra needed for it. This is one of the main reasons why he doesn’t use it much in the battles.

While he was fighting Obito (Masked Man) and Kyuubi during Naruto’s birth Minato was cornered during the battle and was struggling to protect weakend Kushina and baby Naruto. He was even separated from Kushina.

Minato does not want his fight with Obito to drag on as it would prevent him from being by the side of Kushina and Naruto. He gauges from the situation at hand that he has to end the battle quickly and that was something even Obito wanted. In Minato’s own words “whoever strikes first wins!”

In this battle as well, if Obito hadn’t had Hashirama cells he would have been killed then and there when Minato warp Rasengan him during their fight. This battle happened so fast that Minato got no time to knead Sage chakra and resorted to his basic fighting style in which he was proficient.

How did Minato use perfect sage mode during the War

Let’s consider some points here. The reason why Minato was not able to use the sage mode as he wished was because it was time consuming and he did not have huge chakra reserves like Naruto or Jiraiya. During the fourth shinobi world war, Minato was reincarnated by Orochimaru using the body of a Zetsu. Zetsu’s are made of Hashirama cells and we need point out the vitality or the nature chakre harnessing capacity of Hashirama cells (Madara was able to use senjutsu after absorbing Hashirama’s cells and chakra, even though he did not practice the art of sage mode).

Also being reincarnated, the physical hazards that limited him from using the sage mode were essentially nullified. Thus he was able to use the sage mode instantly during the war arc. However, this sage mode too is not as effective as that of Naruto and Hashirama, as he can only use it for a short period of time (especially after Kyuubi is stolen from his body by Black Zetsu). He is also unable to use the sage mode properly with his Nine tailed beast mode.

This proves that Minato was right when he said he can’t use the sage mode for long (because being reanimated did not grant him tremendous chakra reserves). The amount of chakra that he can draw without the help of Kyuubi is very less as compared to even Naruto. The only reason he used sage mode was because he was forced to do it. Senjutsu was the only thing that would work on Madara and Obito in their ten tails jinchuuriki mode.

He had lost both his arms and he could not use taijutsu or ninjutsu or any seasling jutsu. Thus there was no way but to use a technique he was not totally proficient in. The form may have looked perfect (thanks to the reanimation and Hashirama cells to a certain extent), but sage mode definitely was not Minato’s forte and it was clearly visible in the War.

This proves that Minato’s Sage Mode was not a glaring plot hole as everyone believes it to be. Instead it is something that fits well with the story, and the most it could be considered as a very minor retcon, considering how the sage mode was introduced. The sage mode that Minato used was very well his own prowess, after all, you couldn’t expect anything less from a cool Hokage of Konohagakure right? (Ok maybe we are getting a bit carried away here)

What do you think of Minato’s sage mode? Are you guys convinced by our theory? Let us know about your thoughts in the comments section! 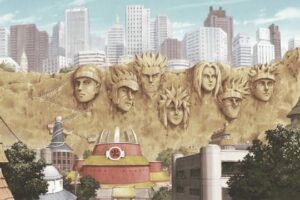 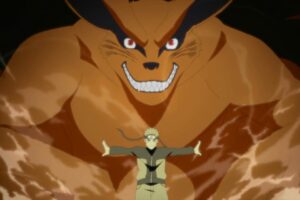 2 thoughts on “Minato’s Sage Mode Is Not A Plot Hole In Naruto Like Fans Believe! Here’s Why”