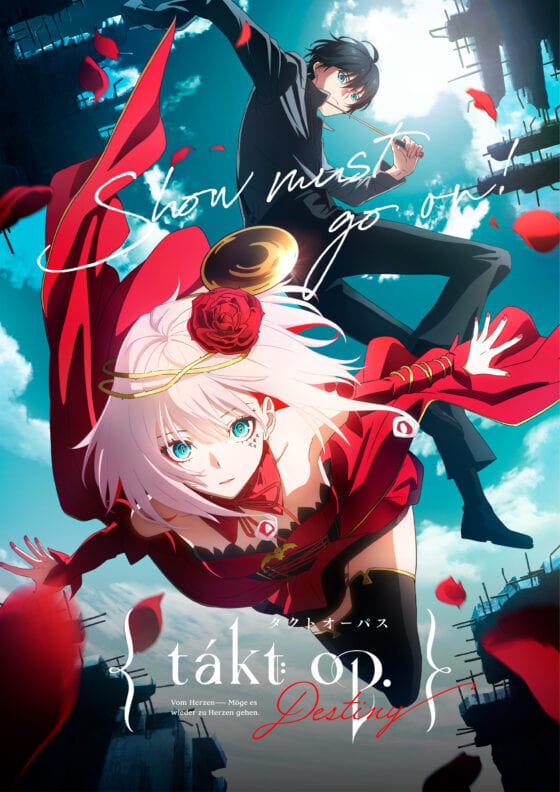 The anime will premiere on October 5, 2021 on TV Tokyo and its affiliates, and on BS TV Tokyo. A new trailer and visual was released alongside a broadcast date and key staff and cast.

One of the main cast was revealed to be Koki Uchiyama (Toge Inumaki in JUJUTSU KAISEN), who will be voicing the character Takuto Asahina.

Set in a world where music has been all but forgotten, takt op. tells the fateful story of several young women called “Musicart” that represent the scores of legendary pieces of music given physical form. Together, they fight to restore the joy and passion that music represents to the world.