The most awaited Chainsaw Man anime director Ryu Nakayama, revealed in his blog yesterday that MAPPA is going for a fresh start without relying on freelancers and outsourcing. The director explained the situation in his blog after exchanging ideas with Mappa to do it anew as “Nakayama Ryu ×MAPPA’s New Animator Development Joint Project” involving new animators for Chainsaw Man and the upcoming projects.

A month ago, MAPPA was in the limelight when a certain frustrated animator-director burst out on July 2nd explaining in a series of tweets that got viral blaming Netflix for paying dirt-cheap rates of 3,800 yen (US$34) per cut, lower than the budget of TV series for producing an anime.

In response, the Studio claimed, saying that the information was “misleadingly disclosed” which made some of the facts be “taken out of context” and enforce “misunderstandings and speculations” that promoted “unjustified distortion of the truth.”

And also, without disclosing much MAPPA had already been thinking about its animators and work environment, which gave birth to a new “Studio Annex” building that is publicly available on the architecture media site Architecture Photo from Monday, July 5. Not much light was shed about this new place in Ogikubo, Tokyo, till now.

Nakayama’s post clarifies that the standards will be high, but that the team is ready to offer help and teach.

MAPPA is looking for an unspecified amount of people for the trainee position, which includes recent graduates, but those who graduate in April 2022 will have to wait. The training section will be dedicated to those who have little to no experience and only have basic drawing skills.

Nakayama wants the new staff members to be able to produce layouts and animation like the Chainsaw Man teaser trailer by the end of their two years.

Nakayama gave detailed information on the benefits, which include a yearly pay rise, bonus, as well as a commuting fee. Starting salary is around 230,543 yen, but depends on experience. The workers will have 2 days a week off, as well as all public holidays, Obon, and Year-End.

Parental and condolence leave are offered as well. All national social security, pension, and insurance are offered along with a commuting allowance (up to 30,000 yen[US$273]) and family allowance, which is usually 10,000 yen (US$91) for a non-working spouse and 4,000 yen ($36) per child. The allowances are usually on top of the monthly payments.

CLIP STUDIO PAINT will be the main software in use, with Blender and Adobe Animate used for action sequences.

Interested applicants may apply by submitting their resumes to [email protected]. The application should include a portfolio, as well as a Twitter ID. However, for the time being, the overseas animators have to wait. Animators from abroad can still send applications for freelance jobs for other projects. 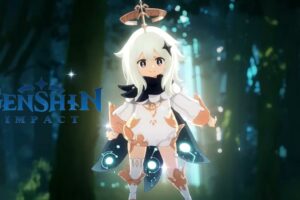