15-year old voice actress has been cast to voice the protagonist Kokoro. 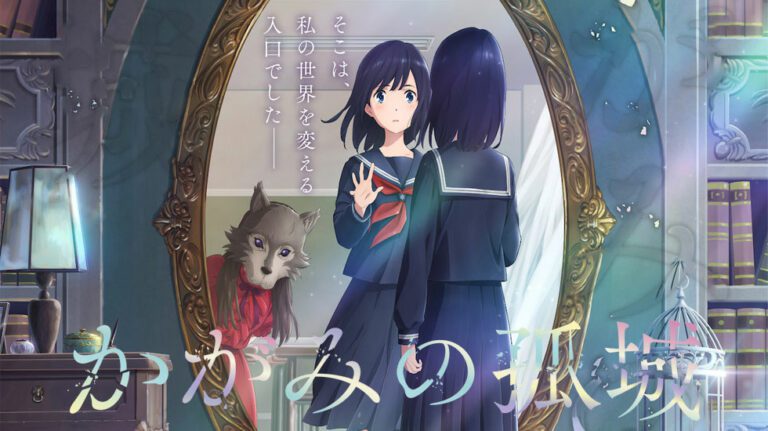 The official website for Lonely Castle In The Mirror anime film unveiled a special trailer for the film on July 28, 2022. The trailer reveals a Dec 23, 2022, premiere date.

A teaser visual featuring the protagonist Kokoro and Wolf Queen was also revealed.

15-year old voice actress Ami Touma has been cast to voice the protagonist Kokoro. Ami Touma was selected from 1000 others who auditioned for the same role. This is also the first major break for the young voice actress.

A clip where director Keiichi Hara announces the happy news to Ami Touma was released along with the announcement. The clip also showcases her audition footage.

The staff involved in Lonely Castle In The Mirror includes:

A-1 Pictures is in charge of the film’s animation.

Lonely Castle in the Mirror is a Japanese novel written by Mizuki Tsujimura, and published by Poplar Publishing in May 2017. A manga adaptation illustrated by Tomo Taketomi was serialized in Shueisha’s seinen manga magazine Ultra Jump from June 2019 to February 2022, with its chapters collected into five tankōbon volumes.

The official website describes the plot of Lonely Castle In The Mirror as:

One day, a mirror in Kokoro’s room suddenly began to glow in front of her eyes, as she had lost her place at school and was confined to her room. She walked through the shining mirror to find a mysterious castle-like building. There were seven people in a similar situation to Kokoro. It is said that a secret “key” is hidden in the castle, and whoever finds it will have their wish come true. Why were these seven people gathered together? and where is the key? When everything is revealed, you will be surprised and moved.