The spin off series focuses on Crimson Demon clan of Yunyun and Megumin. 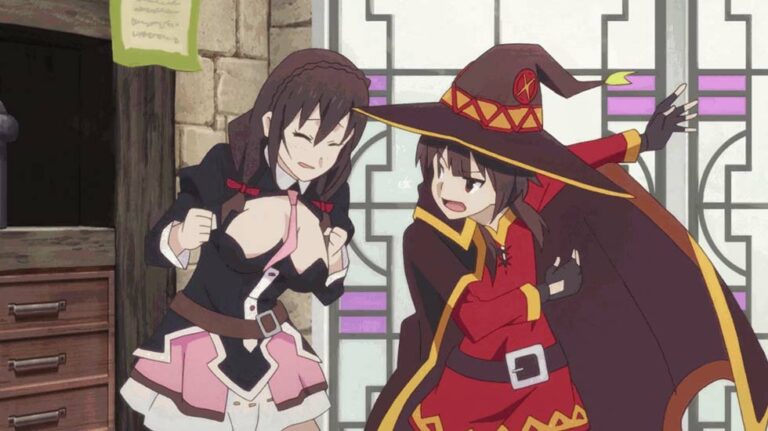 Kadokawa revealed a teaser for the anime series based on Konosuba: An Explosion On This Wonderful World spin off novel series.

Check out the trailer here:

The spin off series focuses on Crimson Demon clan of Yunyun and Megumin. Rie Takahashi and Aki Toyosaki are reprising their roles as Megumin and Yunyun, respectively.

The anime will be produced by Drive Studio with Takaomi Kanasaki serving as the chief director. With, Yujiro Abe directing the series. Meanwhile, Makoto Uezu and Koichi Kikuta will be reprising their roles as series composer and character designer, respectively.

KonoSuba: God’s Blessing on This Wonderful World! is a Japanese light novel series written by Natsume Akatsuki and illustrated by Kurone Mishima.

A spin-off light novel series, KonoSuba: An Explosion on This Wonderful World!, began publication from July 2014. Both the light novels and the manga are licensed in North America by Yen Press.

An anime film adaptation by J.C.Staff titled KonoSuba: God’s Blessing on This Wonderful World! Legend of Crimson premiered on August 30, 2019.