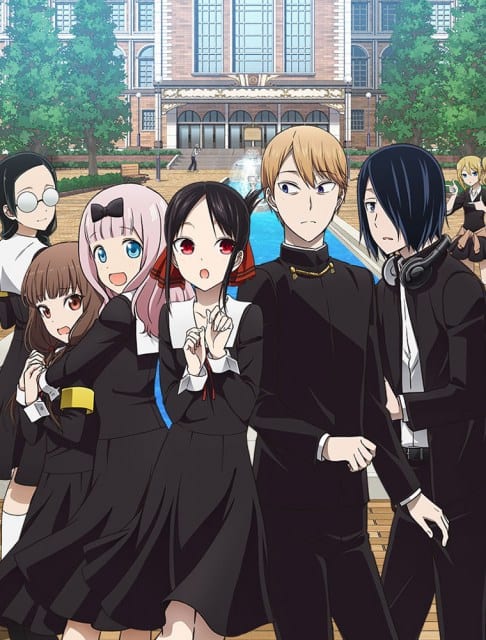 Kaguya Sama: Love Is War was one of the runaway anime hits of 2019 even though it was part of the lesser relevant Winter 2019 release. The romantic comedy which was not only bold, eclectic and hilarious but also soft and emotional at the right time managed to win the hearts of the fans. For fans of the romcom anime genre, the anime provided a fresh perspective as it focused on a naive high-school duo who tried to make the other confess their feelings.

When will Kaguya Sama season 2 release?

It was previously confirmed that the anime will be coming back in the Spring 2020 slot, meaning it was slated to air in April 2020. Recently, Kaguya Sama’s official twitter account confirmed that Kaguya Sama Love is War Season 2 will premiere in Japan on April 11th. A new trailer PV was released which confirmed the date of release.

The number of episodes has not been confirmed, however, it is expected to be similar to the first season and have 12 episodes in all. The series is bound to gain a bigger fanbase due to being in a popular slot of anime releases, and also due to the fact that it does not follow the manga that closely, leaving the manga readers guessing too.

The main cast is set to return for the second season too with Aoi Koga, Makoto Furukawa, Konomi Kohara and Ryota Suzuki reprising their roles as Shinomiya Kaguya, Shirogane Miyuki, Fujiwara Chika and Ishigami Yu respectively. In addition to them, the main cast in the second season will include two new characters, Miko Iino and Kobachi Osaragi who will be voiced by Miyu Tomita and Rina Hidaki. The new characters can be seen in the poster released on the official twitter account of the anime.

The season will be directed by Mamoru Hatayekama and it will be released under A-1 pictures.

Kaguya Sama: Love is War focuses on student council president Miyuki Shirogane and vice-president Kaguya Shinomiya. Although they like each other, they are too proud to confess their love as they believe whoever does so first would lose. The story follows their many schemes to make the other one confess.

Are you interested for the second season of Kaguya Sama: Love is War? Let us know in the comments section below.

Did you know you can now discuss your favourite anime and manga on Animhunch. Visit our forums section to start an interesting thread and let your fellow otaku friends know about it too!