Kaguya Sama: Love Is War Manga To Go On A Break 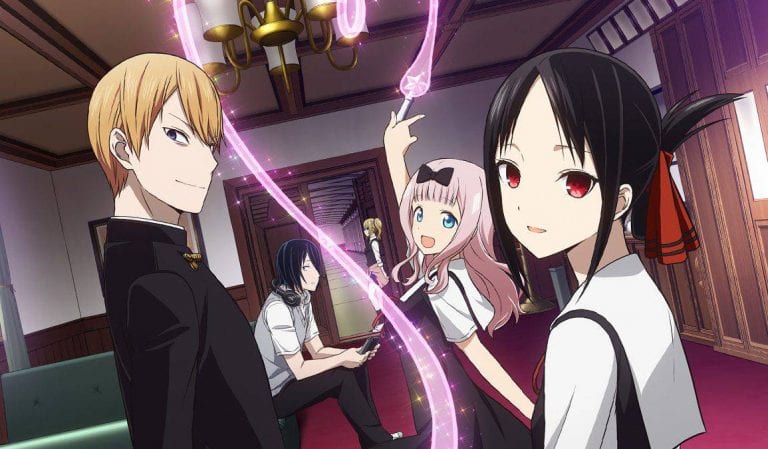 Kaguya Sama: Love is war manga will be on hiatus for a month. The hold-up is to prepare a new narrative arc of the series. Kaguya Sama manga will resume on July 1, 2021. The author will enter this one-month hiatus after the publication of the next chapter on May 27. The official account of Kaguya Sama is yet to make this announcement.

Kaguya-sama: Love Is War is a Japanese romantic comedy manga series by Aka Akasaka. It began serialization in Shueisha’s seinen manga magazine Miracle Jump in May 2015. Later it transferred to Weekly Young Jump in March 2016. In North America, the manga is licensed in English by Viz Media.

A 12-episode anime television series adaptation by A-1 Pictures aired in Japan between January and March 2019. Also a 12-episode second season premiered between April and June 2020. An OVA episode will in 2021, and an announcement of a third season is also available. It also has a live-action film adaption by Hayato Kawai, which released in Japan in September 2019.

Considered a genius due to having the highest grades in the country, Miyuki Shirogane leads the prestigious Shuchiin Academy’s student council as its president, working alongside the beautiful and wealthy vice president Kaguya Shinomiya. The two are often regarded as the perfect couple by students despite them not being in any sort of romantic relationship.

However, the truth is that after spending so much time together, the two have developed feelings for one another; unfortunately, neither is willing to confess, as doing so would be a sign of weakness. With their pride as elite students on the line, Miyuki and Kaguya embark on a quest to do whatever is necessary to get a confession out of the other. Through their daily antics, the battle of love begins!